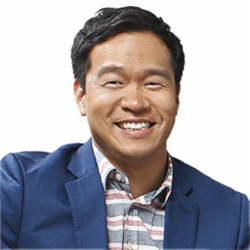 The 14th Annual Summer Lovin’ event is right around the corner and Chicago magazine has released their list of Chicago’s Most Eligible singles for 2014. Each year, Chicago magazine and The Auxiliary Board of Northwestern Memorial Hospital introduce the magazine’s 20 most eligible singles from their July issue at the annual Summer Lovin’ fundraiser. This year Northwestern Medicine’s own internal medicine physician, Evan H. Ng, MD, is featured as one of Chicago magazine’s 2014 Chicago’s Most Eligible Singles.

Learn more about Ng and Chicago magazine’s other most eligible singles for 2014. This 2014 Summer Lovin’ fundraiser will benefit an innovative bone marrow transplant research study led by John Galvin, MD, Northwestern Medicine® hematologist/oncologist and member of the Robert H. Lurie Comprehensive Cancer Center at Northwestern University. Bone marrow transplantation, also called a hematopoietic stem cell transplant (HSCT), is the only chance for a cure in many types of blood cancers. However, success is limited by a common and sometimes fatal complication in which the donor cells begin to attack the host. This complication is called graft-versus-host disease (GVHD). The current method used to prevent GVHD is long-term immunosuppressive therapy, which carries an additional risk of infection for the patient in addition to other side-effects.

Summer Lovin’ will be held this Friday, June 20, 2014 in the Chicago History Museum, at 1601 North Clark Street, from 7 to 10:30 p.m. To learn more about the event and to purchase tickets online visit Northwestern Memorial Foundation or contact Kristyn Eskridge at 312.926.7133.