If your little one has ever read a children’s Bible, chances are, it was developed and written by V. Gilbert Beers. The Elgin, Illinois, author has written more than 200 books, selling over 13 million copies. At 91-years-old, Beers is still busy writing – including nearly weekly love letters to his five children, 11 grandchildren, their spouses and 18 great-grandchildren; for a total of 48 (and growing) family members.

In December 2018, Beers’ life veered in a surprising direction. During a routine trip to his cardiologist, lab reports indicated Beers was losing blood. At the time, he wasn’t having any pain or symptoms. But from there, it was an interweaving of Beers’ primary care doctor, gastroenterologist, medical oncologist and surgical oncologist all working together to diagnose and treat the then 90-year-old for gastric (stomach) cancer.

“When I heard the dreaded word ‘cancer,’ I had so many questions. How early was it? How fast would it grow? Would it be fatal?” says Beers. “But what happened next is a story about beautiful and orderly medical teamwork that saved my life.”

For many 90-year-olds diagnosed with cancer, they’re already struggling with co-morbidities such as advanced heart disease, kidney disease and liver disease. Typically, surgery isn’t an option because it can be too aggressive for the elderly patient to recover from. But Beers’ case was different.

“Gil was an amazing patient,” says John Abad, MD, surgical oncologist at Northwestern Medicine Cancer Center Warrenville. “At 90-years-old, Gil’s general health was so good that he had just about every treatment option available. He also had a ‘favorable tumor’ – meaning, a relatively early stage of gastric cancer. Plus, Gil’s family was a huge support system. That’s not always the case with cancer. But with Gil, all the stars aligned.”

On March 13, Dr. Abad removed half of Beers’ stomach and the surrounding lymph nodes at Northwestern Medicine Central DuPage Hospital. He also confirmed the cancer hadn’t spread to other parts of Beers’ body – which meant, Dr. Abad got it all. There would be no need for chemotherapy or radiation. After five days of recovering in the hospital, Beers returned home to his wife of 69 years, Arlisle.

“There was a lot of prayer. My honey was praying deeply and so was I,” says Beers. “I felt very strongly that God – The Great Physician – was in charge, and Dr. Abad was an instrument of His healing. I credit them both for saving my life.”

“Gil made a very advanced operation look like a breeze. It was an amazing demonstration of his inner-strength and spirituality,” says Dr. Abad. “Generally, I see cancer patients do better when they have a strong sense of who they are combined with their faith and spirituality. I’m hopeful Gil still has another five years or more ahead of him.”

These days Beers is back to his routine, which includes daily games of Rummikub and Parcheesi with his wife. The two have visited 90 different countries, and in the summer they travel back and forth to a cabin in upstate New York. Beers is also busy writing a new book on prayer. And of course, the nearly weekly love letters to his family. Beers estimates he’s written more than 130 letters with 70 more planned.

“So many people ask themselves, ‘Who am I? Why am I here? Where am I going?’ And the answer is, start with where you’ve been and what has contributed to your life,” explains Beers. “Someday, I won’t be here and I want my family to be able to read those letters and remember where they came from.”

“Gil is an inspiration to so many people,” adds Dr. Abad. “People are living longer and longer. Our children will have life expectancies in their 90s and beyond. We’re seeing more people as they age develop aggressive types of cancers, and it’s important that we don’t dismiss someone based on their age. Surgeries are getting better. Treatments are getting better. Gil’s case reminds us that for some, age is really just a number.”

To find a Northwestern Medicine cancer specialist or care center near you, visit nm.org. 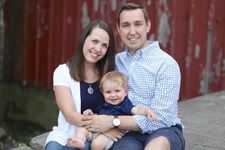