Earlier this month, a pediatrician at Miller Children’s Hospital in Long Beach, Calif., announced some promising news in AIDS research: A newborn appeared to be cured of HIV after receiving an aggressive drug treatment after birth. It was the second similar announcement in the past year. The news brings hope but also a caution that fighting HIV transmission to newborns is still a complex scenario, managed one infant at a time. No one knows this better than Patricia M. Garcia, MD. As the co-director of Northwestern Memorial Hospital’s Women’s HIV Program, Dr. Garcia and her team work with pregnant mothers in the clinic setting with the successful results of 17 consecutive years and more than 410 babies born HIV-free.

However, success was interrupted when HIV was transmitted to two newborns over the past year. Dr. Garcia talks about the challenge of HIV and the work we are doing to help fight transmission of the disease at birth.

Q. After 17 years of delivering infants HIV-free, the two recent cases of transmission must have hit you and your team hard.
A. I had forgotten what it was like to deliver a baby and wonder, "Would the infant be infected? Would it face a life of continual medication?" We were devastated by it.

Q. Do we understand the factors that contributed to the two transmissions?
A. It was the perfect storm of factors that converged: women unable to enter care early, the difficulty of taking and adhering to medication and babies born prematurely.

Q. What do the transmissions tell us?
A. It's a wake-up call that says HIV isn't going away. Women are still infected. And because women are still infected, babies will be born infected unless we do everything we can to increase access to care and ensure women take medication and have an undetectable viral load. We need to redouble our efforts.

Q. Can you tell us about our Women's HIV Program?
A. We developed the program in 1991 in response to the changing face of the epidemic. There were more and more women becoming infected and we were seeing more and more babies who were being infected as well. So we developed an HIV clinic specifically devoted to integrated, holistic care for women — a place where you could get your pap smear, get care during your pregnancy and have your HIV treated all in one place. To this day, that is the standard of care for our clinic.

Q. Where do the patients come from and what challenges do you face?
A. Patients in our clinic come from all around Chicago. We deliver between 20 and 30 babies a year. We get a lot of referrals from clinics that care for political refugees from Africa and immigrants from Central America, so we have a tremendous amount of cultural diversity. Some of our patients have issues related to mental health. Sometimes they have chemical dependency issues. All of these are issues that can impair someone's ability to engage in care and adhere to medication. The vast majority of time we can do what needs to be done to achieve a good outcome. But we're not perfect. Patients aren't perfect. Barriers to adherence and engagement in care are enormous, so transmission is going to happen from time to time — hopefully very rarely.

Q. What contributes to our success over the years?
A. The single most important reason I think that led to our long stretch of no transmissions has to do with our ability to engage patients and provide care in a respectful, empowering environment. It takes a village to provide this kind of comprehensive care. We're able to because people believe in our cause and raise money. The whole reason our clinic exists is The Woman's Board of Northwestern Memorial Hospital had the vision and foresight in the early '90s to say this was an important thing for us to do, before most people cared about HIV. Subsequently, The Woman's Board continues to support us and our nurse. And the HOPE Board at Northwestern Memorial now raises money for us so we can have a dedicated social worker. It's our nurse, social worker, psychologist and the pharmacists who create this environment that helps patients stay engaged and stay adherent to their medications, and that's why our clinic has been so successful. It's the hard work of the team-based care that we provide.

Q. You are also a teacher. What is the value of working with students and residents as part of their medical training?
A. When I was a medical student I clearly remember one of my most important mentors saying to me that if you knew syphilis, you knew medicine. And now here I am 30 years later saying to young medical students, "If you know HIV, you know medicine." Because it is an amalgam of continual scientific discovery, the need to remain curious about what's causing something and how to prevent it. But overlaying this amazing science is the social, political and ethical dimensions of HIV.

Q. What was your reaction to the recent news reports that a second infant was apparently cured after an HIV transmission at birth?
A. It is phenomenal and understandably exciting to talk about curing a baby of HIV. After all, it is a devastating illness that requires lifelong commitment to antiretroviral therapy. But we have to say, "Wouldn't it be so much better to not have that baby infected in the first place?" So prevention of infection will remain the key to success, despite the allure of discussing a possible cure.

Q. How are we working to incorporate these new advancements here?
A. Our colleague, Dr. Ellen Chadwick at Lurie Children's Hospital, is spearheading a clinical trial that will shortly go into effect to see if we can take this new information and translate it into a routine part of clinical care. Many questions remain about the safety and efficacy of this approach, which will be answered by Dr. Chadwick's study over the next couple of years.

Q. What's the most important lesson in the recent news?
A. It would be disastrous if people looked at this news and thought, "Oh, HIV can be cured. We don't have to worry about it anymore." I worry about the consequences of this story reducing our vigilance to prevent infection from happening in the first place. This notion that "HIV is no big deal anymore because we can cure it" is so far from the truth that we have to make sure that that's not the lesson that we take from this news. From my perspective, the lesson is that science is pushing us toward a day when we have perhaps truly cured HIV, but we’re not there yet. 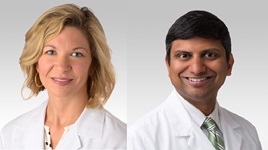 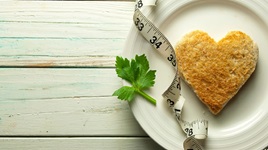 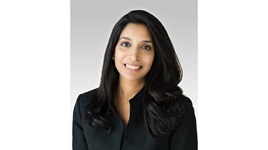