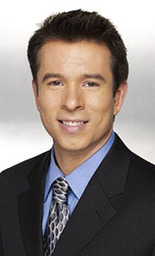 Chicago’s ABC-7 sports anchor Rafer Weigel, son of beloved Chicago sportscaster Tim Weigel, who died of brain cancer in 2001, will honor his father and those who have been touched by brain tumors during the 5th Anniversary of the Northwestern Brain Tumor Institute (NBTI) Minds Matter Benefit on October 4. The gala begins at 6 p.m. at the Radisson Blu Aqua Hotel, 221 N. Columbus Drive, Chicago.

Proceeds from the dinner will benefit research and programs at NBTI, a nationally recognized leader in the fight against brain and spinal tumors. NBTI, a collaboration between Northwestern Medicine® and the Robert H. Lurie Comprehensive Cancer Center of Northwestern University, is dedicated to advancing brain and spinal cord tumor research and improving treatment, outcomes and quality of life for patients.

In honor of the event, Chicago Mayor Rahm Emanuel has issued a proclamation stating that October 4 will now be referred to as Northwestern Brain Tumor Institute Day.

“Support for this event is important to our patients and their families so we can continue to conduct life-saving research, which leads to better treatment options and hopefully someday, even a cure,” said James P. Chandler, MD, co-director of NBTI, surgical director of neuro-oncology at Northwestern Memorial Hospital and professor of neurological surgery and otolaryngology-head and neck surgery at Northwestern University Feinberg School of Medicine.

Along with raising funds to advance research and support medical training, patient care, and outreach activities at NBTI, Minds Matter also shines a spotlight on patients with brain tumors and their families who are impacted by the disease.

“Each year, Minds Matter is a wonderful celebration and shows support for our past, present and future patients and their families, as well as our dedicated team of scientists, physicians, surgeons, researchers, nurses, and social workers,” said Jeffrey Raizer, MD, co-director of NBTI, medical director of neuro-oncology at Northwestern Memorial and professor of neurology at the Feinberg School.

Individual dinner tickets are $300 per person. A number of sponsorship opportunities are also available. To purchase tickets or learn more about sponsorships, visit www.braintumorinstitute.org or call 312.503.1656. Money raised will benefit research and programs at NBTI.

Guests will have the opportunity to bid for live auction items, including week-long vacation trips to the island of Antigua and Telluride, Colorado. The night will include dancing to the popular Chicago band, “Gentlemen of Leisure.”