Share on Facebook Share on Twitter Share through Email Print
A line of emergency vehicles with flashing lights stretched as far as the eye could see to escort Bensenville, Illinois, Police Officer Steven Kotlewski from Marianjoy Rehabilitation Hospital, part of Northwestern Medicine, to his temporary home with his in-laws in Roselle. Kotlewski was discharged from the hospital after three weeks of intensive inpatient rehabilitation following a harrowing on-the-job attack.

During a domestic disturbance call, Kotlewski was shot at nine times, with eight bullets striking his legs, arm and back. After numerous surgeries at a trauma center, Kotlewski was transferred to Marianjoy Rehabilitation Hospital in Wheaton, Illinois, to maximize his recovery with physical and occupational therapy.

Due to the severity of injuries to his legs and left arm and the time needed for bones to heal, physical therapists focused on stretching and activating muscles to combat deconditioning. Occupational therapists worked with Kotlewski on activities of daily living, such as bathing, dressing and maneuvering a wheelchair.

“I was basically immobile when I arrived at Marianjoy,” said Kotlewski. “It is really amazing to regain strength and flexibility so quickly and be able to continue my recovery at home, just in time for Christmas.”

A musician and painter, Kotlewski is especially eager to regain full use of his left arm, which is now being held together with a metal rod. Therapists focused on exercises to improve rotation of the elbow and wrist, which is necessary to play the bass guitar. A friend even brought a guitar to Marianjoy so Kotlewski could practice a few chords.

“I’m so eager to once again play music, paint and enjoy video games with my kids,” said Kotlewski.

Despite being severely harmed, Kotlewski has a positive attitude about his future.

“If you must roll the dice on nine bullets, I actually feel pretty lucky. Most of my injuries are orthopedic and some nerves, so I feel good about my recovery,” said Kotlewski.

The bullets broke both of Kotlewski’s legs, damaged both knees, broke an arm and injured his back. Quick thinking by his fellow police officers helped save his life. They placed tourniquets on the legs to slow blood loss from the femoral artery.

“Recovering from multiple neurological and musculoskeletal injuries can be quite challenging. This often requires balancing strict precautions to allow healing while participating in intensive rehabilitation to restore function,” said Stephanie Hendrick, MD, physical medicine and rehabilitation physician at Marianjoy Rehabilitation Hospital. “From day one, Officer Kotlewski met this challenge with an unwavering determination and approached this balancing act with such a positive attitude.”

Kotlewski will continue his rehabilitation at home and in an outpatient setting. His goal is to return to the police force. 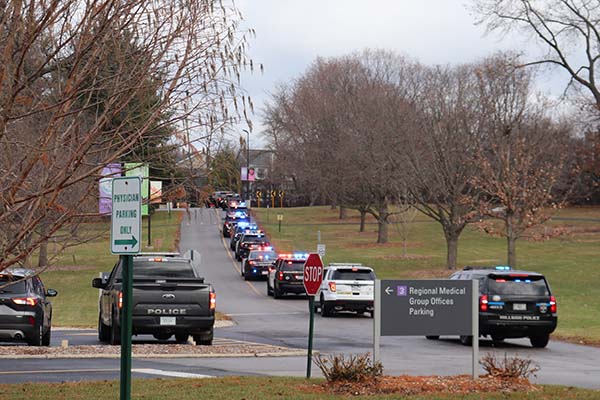 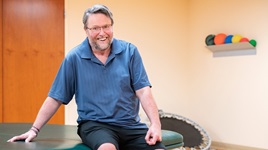 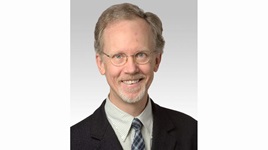 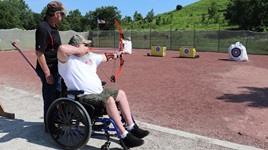