That's about to change. 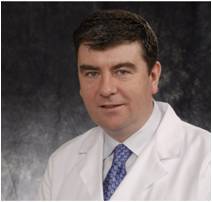 Northwestern University has established a major new initiative - the Developmental Therapeutics institute -- with an initial $10 million investment that will bring many more phase 1, first in human and early phase clinical studies of new anti-cancer approaches to Chicago. This program also will develop much needed new therapies for cancer and other diseases based on Northwestern's preclinical and translational research by scientists on the Evanston and Chicago campuses.

The institute is being launched by the Robert H. Lurie Comprehensive Cancer Center of Northwestern University.

Leading the new institute is Frank Giles, MD, an internationally known physician scientist in the cancer developmental therapeutics field. Giles also is an attending physician with a focus on hematologic malignancies at Northwestern Memorial Hospital.

Giles will shepherd the promising therapies developed in Northwestern's own science labs -- with their particular strengths including nanoparticles -- all the way to multi-site national or international clinical trials. He will bring more international collaboration to Northwestern with physician scientists in other sites in Asia, Canada and Europe with big commitments to developmental therapeutics and with whom Giles has established collaborations. He also will work more closely with pharmaceutical companies on Northwestern developmental therapeutics in both cancer and other diseases that share targets with cancer.

"We have all of this concentration of science here and we need to be focused on when this reaches a tipping point for developing a new therapy," Giles said.

The new institute will add ten to 20 new physicians plus a large group of research fellows over the next several years. One of its big missions is to train young scientists in drug development. The entire focus on the clinical side will be to treat patients in research studies. The clinic will open in July in Northwestern Memorial's Prentice Women's Hospital.