Concert for a Cure Raises $100,000 for Northwestern Parkinson's Research 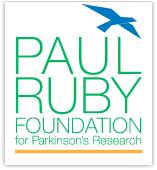 The Paul Ruby Foundation for Parkinson’s Research held its annual Concert for a Cure event last month raising $100,000 to fund research at Northwestern’s Parkinson’s Disease and Movement Disorders Center. The concert, which featured 11 bands, was held at Tanna Farms in Geneva and attracted a crowd of more 1,200 people.

The Paul Ruby Foundation is an entirely grassroots organization with volunteers serving as staff and on its board. Funds are raised through a variety of events and campaigns, culminating with the annual Concert for a Cure, a large festival with live music and family fun. The organization began after founder Paul Ruby set out on a personal journey to help find a cure after learning he had young-onset Parkinson’s disease. Since its inception in 2007, the Paul Ruby Foundation has raised more than $500,000 for Parkinson’s research at Northwestern.

“The value of the Paul Ruby Foundation’s support is immeasurable,” said Tanya Simuni, MD, director of the Parkinson’s Disease and Movement Disorders Center, neurologist at Northwestern Memorial and associate professor of neurology at the Feinberg School. “Beyond just the monetary contributions, their work brings a great deal of awareness to Parkinson’s. Paul sets a wonderful example of how a person can have this disease, but still thrive and live a very full life.”

On October 24, the Foundation’s board will listen to research presentations at Northwestern Memorial to decide which projects to fund. Past research projects funded by the Paul Ruby Foundation have also received grants through the National Institutes of Health.

“Every year we get closer to finding a cure, and we could be the ones who raise the dollar that cures Parkinson’s,” said Ruby.

You can learn more about Paul’s remarkable journey by viewing a video or reading his story on our website.