An estimated 800,000 people have fled from Myanmar to neighboring Bangladesh to escape the ethnic strife that has claimed thousands of lives.  In early March, Habib Shaikh, DO, a medical oncologist at Northwestern Medicine Delnor Hospital, embarked on a medical mission to the region which now sadly hosts the largest refugee camps in the world.

Fulfilling a yearning to give back where most needed, Dr. Shaikh volunteered his time at an acute care clinic organized by the Deccan Alumni Association of North America, an association of graduates from the Deccan College of Medical Sciences in Hyderabad, Telangana, India. Although not an alumni himself, Dr Shaikh learned about the mission from a friend who accompanied him to the clinic, which is located about an hour and a half from Cox’s Bazar, Bangladesh.

“Those who have escaped are in need of urgent help and resources there are very limited,” said Dr. Shaikh. “The clinic is essentially just inflatable tents. There were no labs on site, no imaging, no decent lighting – just a couple of fans that did little to provide relief from the heat.”

Dr. Shaikh described long lines forming well before the clinic opened each morning and three doctors working in one room, who each saw about 40 patients a day. Patients were triaged and the more serious cases transferred to a hospital run by a non-governmental organization.

“We saw many children with a variety of infections due to crowding and sanitation issues,” said Dr. Shaikh.  “We gave them fever-reducers, multivitamins if there were nutritional concerns and antibiotics, when appropriate.”

Dr. Shaikh said some of the more difficult cases were the numerous women who were suffering generalized pain or non-descript abdominal pain, most likely linked to depression and psychosocial issues.

“The Rohingya women were being exploited in Burma during the ongoing crisis. Many were victims to sexual violence, some lost their husbands and some lost their children, and they are now living in makeshift camps,” said Dr. Shaikh. “It is heartbreaking that there wasn’t a lot we could do to treat the psychological scars.” 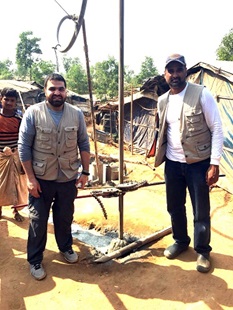 In addition to providing medical aid, Dr. Shaikh participated in a fresh water project to build deep wells that are free from contamination run-off. He describes the camps as “very bad conditions” with structures made of tarps and bamboo. They are situated in a rolling hills that have been deforested and will be subject to mud slides in the upcoming monsoon season.

“The condition of the refugees opened my eyes to how lucky we are,” said Dr. Shaikh. “However, I also saw impressive resiliency of the human spirit.  The children we saw in the camps have been through so much and continue to live in very difficult conditions, yet they were playing and laughing; it is inspiring.”

Dr. Shaikh now plans to volunteer on a mission trip at least every other year.  He says his experience in Bangladesh will stay with him forever.

“Giving your time to others helps you center yourself, it has helped me become a better version of me,” said Dr. Shaikh. 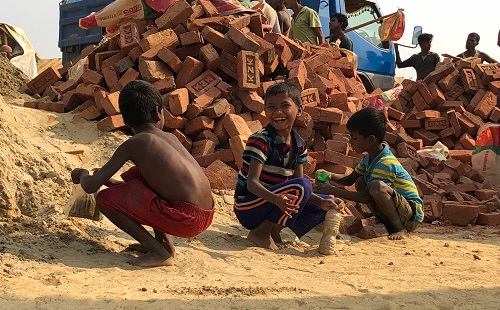 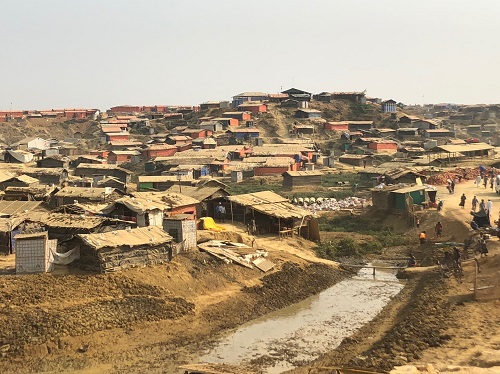