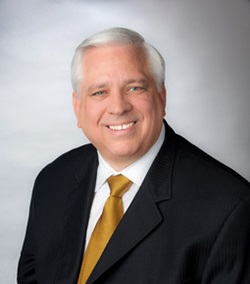 Stephen Ondra, MD, returned to his old stomping grounds at Northwestern Memorial Hospital on Feb. 12, 2015 when he was the featured guest speaker on the topic of healthcare’s changing landscape—namely changes with health insurance. Ondra, a neurosurgeon, is NM’s former chief medical officer.

“Healthcare is the most personal thing we invest in,” said Ondra addressing about 100 Northwestern Medicine senior leaders, physicians and clinical staff.  “At some point, healthcare will touch every person’s life.  Our healthcare delivery system needed to be reformed.  I couldn't stand by the scrub sink and watch the system hit a wall.”

Ondra is also a former advisor to President Barack Obama who helped craft the Affordable Care Act. In the Obama administration, Ondra was the president’s senior policy advisor for the U.S. Department of Veterans Affairs and then served in the Executive Office of the President.  Ondra is also an Army veteran who earned a Bronze Star and is a recognized leader in healthcare policy, information technology, patient safety and evidence-based medicine.

He said the launch of the ACA was, in many respects, a new beginning for the national conversation about healthcare.  True overhaul “will take time,” Ondra added.

“The Affordable Care Act is not a perfect law,” he said. “It’s a catalyst for change and a good place to start.”