GLENVIEW, IL — The Northwestern Medicine Glenview Outpatient Center is celebrating its fourth anniversary this month of providing leading edge, academic-based medical care in and around the north suburban community. 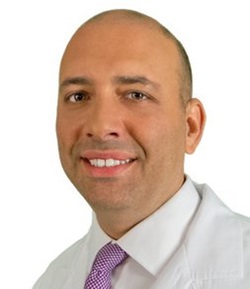 “The Glenview community has been so gracious in welcoming us and helping us to serve them,” said Micah J. Eimer, MD, medical director of the Glenview Outpatient Center and a cardiologist with Northwestern Medicine’s Bluhm Cardiovascular Institute. “I can honestly say wherever I go around the North Shore someone stops me and tells me what a great experience they or their family had in our Glenview center.”

Located at 2701 Patriot Boulevard, the office started with 28 physicians in 14 medical specialties including internal medicine, pediatrics and dermatology.

The physician staff has more than doubled and in March 2017, more than 70 Northwestern Medicine doctors serve the community in primary care and more than 25 different medical and surgical specialties.

“When we first opened we were a cozy little club, and now we have the full compliment of medical care, plus imaging,” said Dr. Eimer. “Really, there isn’t much that we can’t do here.”

The Northwestern Medicine Glenview Immediate Care Center, located on the first floor, has also seen tremendous growth and will be moving to the front of the building to be more accessible to those seeking treatment. Later this year the Glenview Outpatient Center plans to add an infusion center for people needing intravenous medications.

For more information on the Northwestern Medicine Glenview Outpatient Center, or make an appointment by calling 847.724.GLEN.