Share on Facebook Share on Twitter Share through Email Print
June Robinson, MD, was walking down Michigan Avenue in 1981 when a young woman handed her an orange ticket for three free tanning sessions outside of Water Tower Place. “I remember standing on the corner and thinking, ‘This is the craziest thing I’ve ever heard.’ I didn’t even know about indoor tanning until she gave it to me,” said Robinson, a dermatologist and part of the Skin Cancer Institute at Northwestern Medicine. 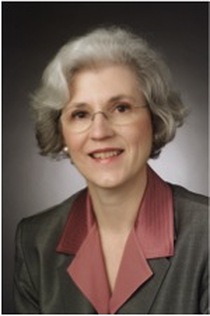 From that point on, Robinson, has spent more than 20 years advocating for restrictions on indoor tanning. Robinson’s population-based study of Illinois teens in 1994 was one of the first to identify a 16 percent rate of indoor tanning use among adolescent girls. On August 15, 2013, Governor Pat Quinn signed a bill making Illinois the sixth state in the nation to prohibit minors under the age of 18 from using indoor tanning facilities. Robinson provided testimony supporting the ban.

“The idea for the study came from a patient,” Robinson adds. “I had a male patient sitting on the table, and after finishing the surgery, I was trying to teach him the standard ‘a-b-c-d-e’ rule for detection of melanoma. He looked at me and he said, ‘You know doc, I don’t really take care of that stuff. My wife does it all. Why don’t you talk to my wife?’ And I said, ‘Why that is a sensational idea. Where is your wife?’ So we brought in his wife and I gave her the speech. She was all over it. She was motivated, she wanted to do it, and she wanted to make sure her husband didn’t get another melanoma. From that point, we worked on looking at the willingness of a partner to engage in the information, teaching, and performance.”

Robinson says her greatest source of motivation is the patient. “It comes from knowing what melanoma can do to young women and men and the tragedy that strikes a family when a child loses a parent very young.”  She adds, “The ultimate goal of my research is to reduce the incidence and mortality of skin cancer in the United States, and to do that we need public awareness.”

Patients with melanoma and their families are invited to hear Robinson and other leading experts from Northwestern’s Skin Cancer Institute discuss emerging therapies, the importance of clinical trials and innovation in research this Saturday, November 2nd at the Melanoma Patient and Caregiver Symposium.  Hosted by the Robert H. Lurie Comprehensive Cancer Center of Northwestern University in partnership with AIM at Melanoma, the program also offers participants a chance to ask questions and meet with others affected by melanoma.