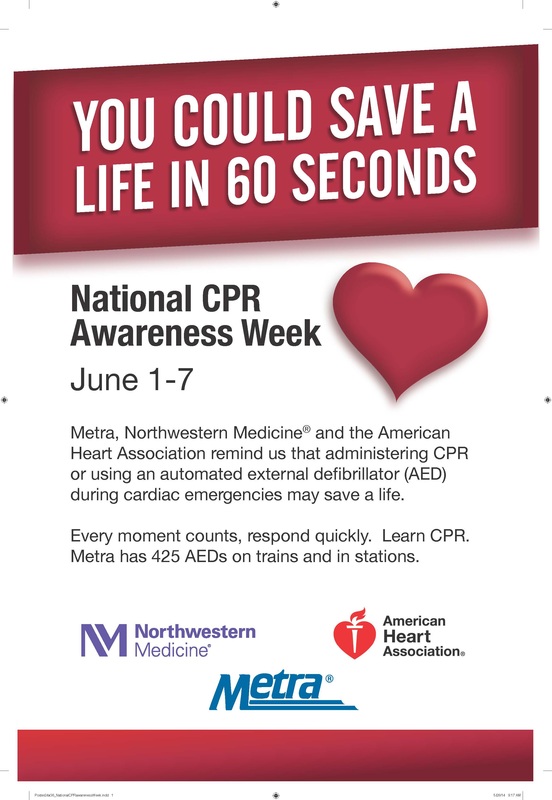 Metra, Northwestern Medicine® and the American Heart Association are teaming up to provide lifesaving demonstrations at several Metra stations as well as all downtown Chicago stations, on Wednesday, June 4, 2014, during morning rush hour.
Metra customers will get a quick education on the correct way to administer the new hands-only CPR method and a brief demonstration of the AED machine. These demonstrations are being offered in recognition of National CPR and AED Awareness Week, June 1-7, a time when the public is being encouraged to learn how to save a life with CPR and an automated external defibrillator (AED) machine.

“This initiative with Northwestern Medicine and American Heart Association can be very helpful to our customers and the community at large,” said Metra Executive Director and CEO Don Orseno. “In a medical emergency, knowing what to do can mean the difference between life and death. I am confident this will be helpful information when needed.”

Metra and Northwestern Medicine,the strategic alliance of Northwestern Memorial HealthCare and Northwestern University Feinberg School of Medicine, teamed up with Cardiac Science in 2012 to raise awareness and support for passenger health aids on Metra trains. The partnership led to the installation of some 425 automatic external defibrillators (AEDs) throughout Metra’s system.  A defibrillator is an electronic device that gives an electric shock to the heart. This helps reestablish a normal heart rhythm in a heart having arrhythmia or in cardiac arrest. Approximately 300 AEDs have been installed on all Metra trains, with another 125 outfitted throughout work facilities and Metra police vehicles.

“Performing CPR and using an AED are both very easy to do,” said Bradley Knight, Northwestern Medicine’s Director of Cardiac Electrophysiology. “Anyone can use an AED and anyone can perform CPR, the most important thing to do is to become familiar with both and to get involved when your help is needed.”

Knight is also Medical Director for the Center of Heart Rhythm Disorders at Northwestern’s Bluhm Cardiovascular Institute. He emphasized that a sudden cardiac arrest happens when the electrical system of the heart malfunctions suddenly.   It occurs when electrical impulses that tell the heart to pump blood become rapid or chaotic.  This causes the heart to stop pumping blood to the brain and vital organs, which in most cases leads to death.  The only treatment for cardiac arrest is a shock to the heart.  Early use of AEDs and CPR can help prevent someone from dying of a cardiac arrest. Every day people can become “first responders” in a sense, by administering assistance while awaiting emergency response professionals.  “Every second counts,” he added.

The American Heart Association will present a 60-second “hands-only” CPR demonstration with a video and the assistance of the ever popular “Annie” mannequin. Push hard and fast in the center of the chest similar to the beat of the popular disco song "Stayin' Alive." CPR can more than double a person's chances of survival, and "Stayin' Alive" has the right rhythm for this method.

“Cardiac arrest can happen to anyone at any time. There are more than 420,000 out-of-hospital cases of cardiac arrest each year in the US, and survival depends on immediately receiving CPR from someone nearby,” said Dr. Donald Lloyd-Jones, president of the American Heart Association’s Metro Chicago Board of Directors. “The American Heart Association is excited to join Metra and Northwestern Medicine to teach Chicagoans the skills they need to save a life. And since the majority of cardiac arrests happen at home or in private settings, the life you save will most likely be the life of someone you love.” 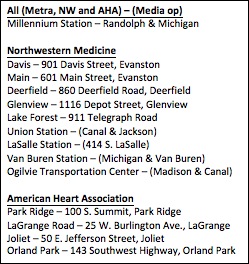 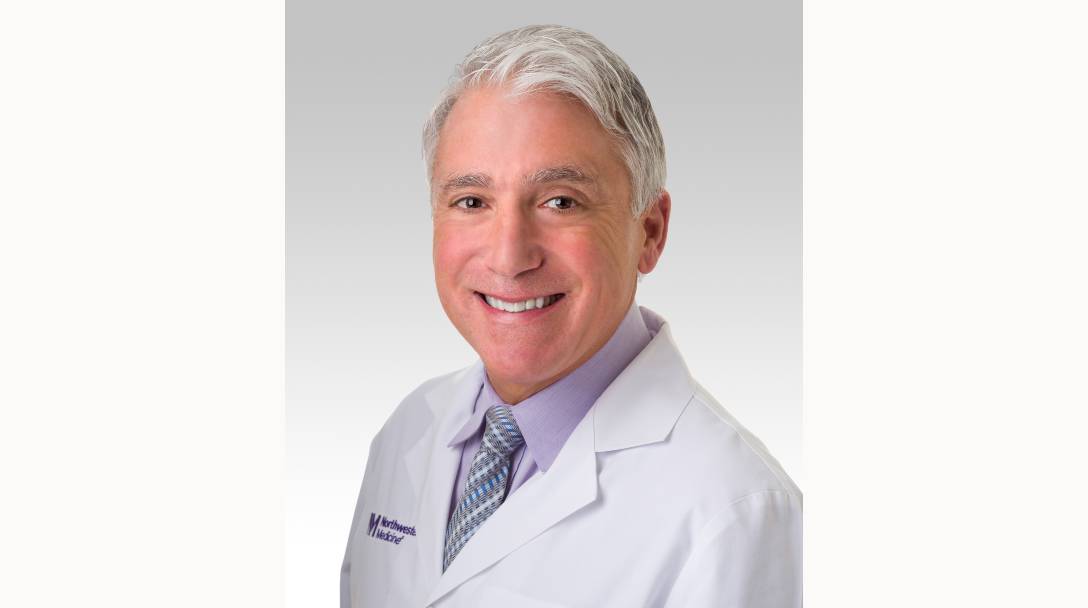 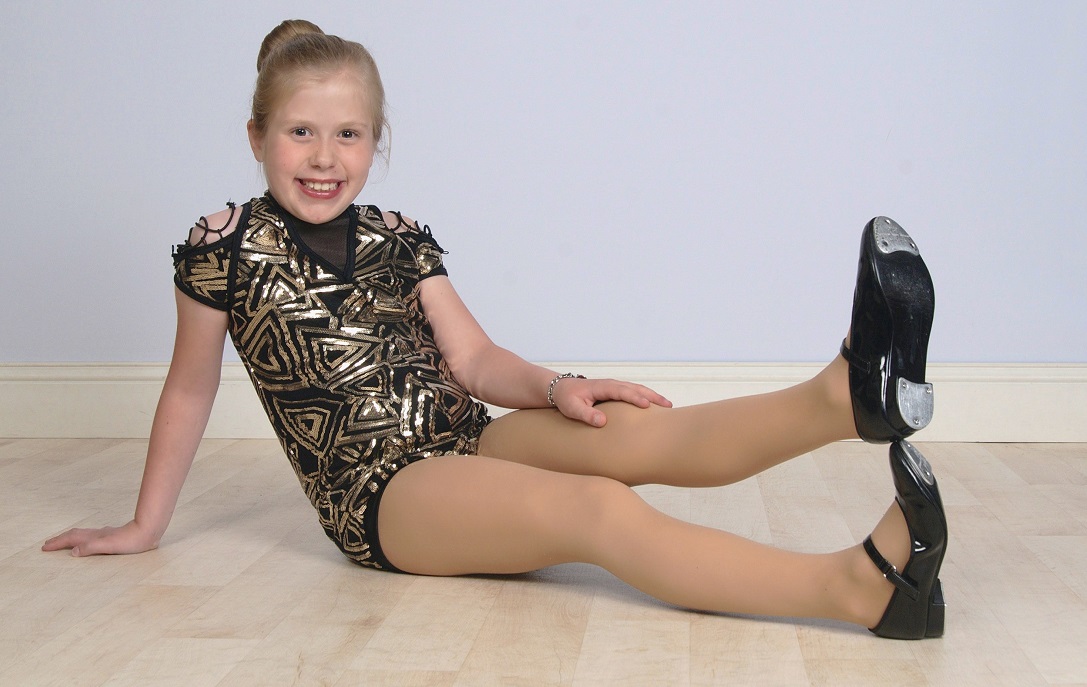