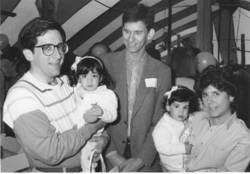 As I walked into Prentice Women’s Hospital last Saturday morning, I knew what to expect. I knew there would be hugs, laughter and tears and most of all, I knew I would soon meet countless grateful families. On the third floor of Prentice, in a room decorated with purple and white balloons, more than 200 Neonatal Intensive Care Unit (NICU) graduates, their parents and families reunited with the NICU medical staff who had cared for the premature infants during their hospital stay. The event was the first reunion of the NICU Family Support® Program.

I was more than aware of what the attendees had experienced, not because of my role at the hospital, but because this was my sixth NICU reunion. Born three months premature at Texas Children’s Hospital in Houston, Texas, my twin sister Lauren and I weighed 2 pounds, 2 ounces and 2 pounds, 7 ounces, and attended heartwarming NICU reunions and March of Dimes walks growing up. Much like the sentiments I heard at Northwestern Memorial’s event, my mom and dad didn’t know what to expect when their children were born premature either. It was 1986, and my soon-to-be first time parents knew the risks that could arise due to having multiples, but they weren’t prepared for the rollercoaster ride we were about to take them on.

Lauren likes to say that I pushed her out too soon, but I always explain that I was just ready to start our exciting lives. As the sicker twin, I had a serious lack of lung development, could not breathe or eat on my own and even gave my parents a scare when my heart stopped beating on Valentine’s Day. Each day and night I spent in an incubator in the NICU, my parents were there. They tell us that they had a routine that was echoed by parents of Prentice NICU babies too: wake up, visit us until dinner time, eat at a restaurant a few blocks away and go back to the hospital. They yearned for a sense of normalcy and although this was not what every parent thought of as “normal,” it was theirs.

On Saturday, I watched as Sarah and Tim Heaven and their three-year-old twin girls, Maya and Thea, joked as they ate lunch, danced to music and smiled as they posed for photos. The girls, like Lauren and I, show no signs of ever having been a premature infant. One in 10 newborns are admitted to a NICU in the United States each year; I know first-hand that the compassion the staff that cares for the tiniest of babies provides in a time of frightening uncertainty is immeasurable.

My sister and I were born on January 18 and released from the NICU on April 8, our due date. Looking back, I can’t remember the extent of my NICU experience, but I can remember how grateful my parents were, and still are, for all of the doctors and nurses that cared for Lauren and me during our first few months of life. Our family still keeps in touch with some of the NICU staff at Texas Children’s who took care of us and I will forever be proud to say I am a NICU graduate.

For more information about the first reunion of the NICU Family Support Program, read the press release. 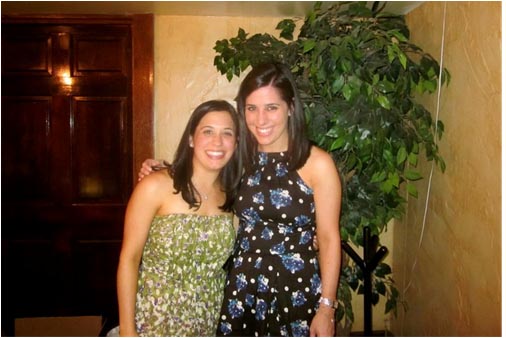