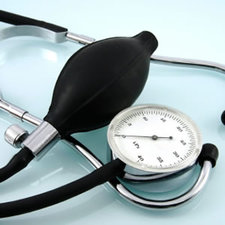 Of the 1,033 patients that were identified with the EHR algorithms and evaluated, 361 were formally diagnosed with the hypertension and 290 others were diagnosed with related blood pressure conditions such as prehypertension, white-coat hypertension or elevated blood pressure. The study, “A Technology-Based Quality Innovation to Identify Undiagnosed Hypertension Among Active Primary Care Patients,” was published in the 2014 July/August issue of the Annals of Family Medicine.

According to the Centers for Disease Control and Prevention (CDC), hypertension affects one in three adults in America, and is referred to as the “silent killer” because it rarely exhibits any warning signs until it leads to conditions like stroke, coronary artery disease and congestive heart failure. Because of the nature of this serious condition, hypertension is associated with more than 50 billion of dollars in costs related to medical care and lost productivity in America alone.

“Hypertension is easy to miss if someone is seeing multiple physicians,” said the study’s co-author David W. Baker, MD, MPH, chief of internal medicine and geriatrics at Northwestern Memorial Hospital and Northwestern University Feinberg School of Medicine. “A patient may see one doctor who thinks the blood pressure is due to the patient not feeling well that day and then see another doctor for a different problem who thinks the blood pressure is high because the patient was hurrying to make the appointment. No one puts all of these readings together and realizes a person’s blood pressure is always elevated.”

In the second part of the study, additional patients at risk for unidentified hypertension were identified with the same three EHR algorithms, and were then observed over the course of two years. These patients were contacted by health care staff and asked to arrange a follow-up appointment. All of the primary care physicians that participated in the study also received monthly lists of their patients who remained at risk for having hypertension according to the algorithms. Patients remained on the physicians’ lists until an AOBP evaluation was completed or a diagnosis was entered into the chart that indicated the patient’s at-risk status had been resolved.

“With this study, we created a surveillance system that notifies the medical staff and the primary care physician anytime a patient who is at risk arrives in the office,” said principal investigator Michael K. Rakotz, MD, a family medicine physician at Northwestern Medicine Evanston. “Once these patients are identified we proceed with an AOBP to more accurately measure their blood pressure and make a diagnosis. This surveillance system never stops running, so any patient that meets the EHR algorithm criteria for possible hypertension will automatically be flagged. In doing so we hope to put an end to undiagnosed hypertension.”

The study’s authors conclude that in addition to using algorithms to screen EHR data for patients at risk for undiagnosed hypertension, this method may also be applicable to other commonly undiagnosed chronic diseases.

To learn more about testing for hypertension or to schedule an appointment, call 312-926-0779 or visit Northwestern Medicine’s website.