Kisses from grandkids and playing 18 holes on the golf course. A Thanksgiving dinner toast and enjoying the warm sun on your face.

Some of these simple pleasures are monumental daily reminders of the precious gift of life to patients who suffered severe heart failure and survived through heart transplantation.  At Northwestern Medicine’s Bluhm Cardiovascular Institute, some heart transplant recipients decided to record some of their “happiest” moments of life after transplant for a tribute video set to Pharrell Williams’ smash hit song “Happy,” which reached number one in more than 25 countries and has inspired more than 1,500 tribute videos. They hope the video will inspire more people to register as lifesaving organ donors.


“All of our heart transplant patients have a unique story about what led them to have advanced heart failure, but they share the same goal – a goal that is shared by the dozens of members of the heart transplant team – to have the opportunity to live healthy, meaningful and full lives,” said Dr. Kim Feingold, director of Northwestern’s Cardiac Behavioral Medicine program. “As a cardiac psychologist, I can see patients at their physical and emotional lowest. There is no greater reward than to see patients celebrating life and enjoying moments they wouldn’t have experienced had it not been for the generosity of an organ donor.”

For months, heart transplant recipients sent homemade videos to Northwestern Medicine staff to include in the video to be released during February 2015, which is both American Heart Month and the 10th anniversary of the Bluhm Cardiovascular Institute. A few of those featured are:

Physicians from the Center for Heart Failure, nurses on coronary care floors in the hospital and other staff that work to support patients in the Bluhm Cardiovascular Institute also make appearances to share in their patients’ celebration of life.

Learn more about cardiovascular care at Northwestern or to make an appointment, visit the Bluhm Cardiovascular Institute or call (312) NM-HEART. 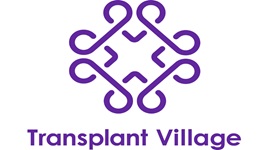 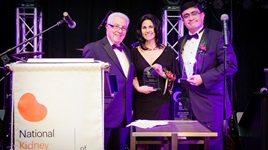 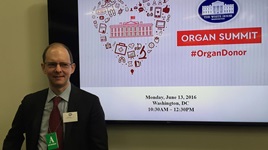