You wouldn’t be here if you didn’t have big dreams,” said John W. Rowe, chairman emeritus of Chicago-based Exelon Corporation, who addressed the scholars. “You have shown you are already relating your education to your career.

“I feel like I’m graduating today, too” said James A. Hill, MD, an orthopaedic surgeon at Northwestern Medicine who grew up two blocks from Westinghouse. “You were like a sponge soaking up the Northwestern Medicine environment. The real work is going to begin in September when you start college.”

Mayra is headed to Loyola University; Shameka to Grinnell College; Isa to the University of Southern California; Amber to Illinois State University; Argie to Carthage College and Kaya to Lake Forest College.

Dr. Jackson, Westinghouse principal, thanked Northwestern for “all your investments in our students, an investment that goes way beyond the financial.” The Scholars program includes mentoring, a summer intensive at the hospital and college and ACT test prep, among other activities.

“This is life-changing, and I don’t use that phrase loosely,” Dr. Jackson said. “You have helped us not only attract these students to Westinghouse but also to raise the profile of the school. These six scholars have grown exponentially. All of them will be successful and all of them will make a difference.”

Also celebrating at the ceremony at Prentice Women’s Hospital were the six members of the Northwestern Medicine Scholars Class of 2017 -- Jhadin Beaco, Carlos Rodriguez, Diana Lopez, Luis Ortiz, Braxton Jenkins and Su Mon who all received white medical coats, part of a white coat ceremony modeled after the induction ceremony that is a traditional part of medical education.

“I think the white coat has a weight to it,” said Dr. Marsh. “There’s an awesome responsibility to wearing that coat.”

Founded in 2011, the Scholars program spans the tenure of the participating students’ high school careers. While a small group from each Westinghouse class are designated Northwestern Medicine Scholars, the partnership also includes broader outreach between the school community and the health care system. 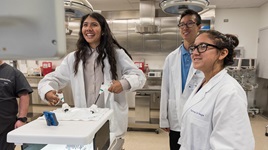 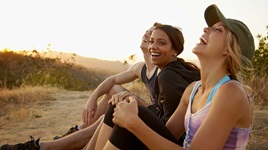 Ask The Doctor: How to Take Control of Your Health in Your 20s