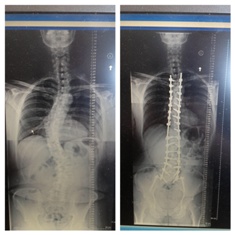 CHICAGO – For most of his childhood, Rob Crane suffered from scoliosis. For years he wore a brace 23 hours a day to try and straighten his spine. As an adult, the disease returned. Eventually Crane could hardly walk, see his son’s swim meets or sit in a car.

After years of seeking relief, he met Tyler Koski, MD, co-director of the Northwestern Medicine® Spine Center, who specializes in complex spine surgery. To alleviate Crane’s pain and help him return to his active life, Koski performed a 10-hour surgery at Northwestern Memorial Hospital to completely reconstruct his spine.

“Scoliosis surgery is a very difficult surgery to go through," said Koski, who is the principal investigator for the largest NIH-funded trial to study adult scoliosis. "It's difficult from a surgical standpoint. It's complex, and it's difficult for patients to get through with a long rehabilitation and recovery process. But in the end, for patients like Rob, they get their life back. They’re able to participate in physical activities they never even imaged before the surgery.”

Northwestern Memorial is the only hospital in Illinois and one of nine sites participating in the study of this disease that affects between 6 million and 9 million people in the U.S. The trial will enroll hundreds of patients over a five-year period and will follow the subjects through their course of treatment, which may include surgery, or non-surgical treatment options such as injections, medication, physical therapy and exercise.

For Crane, the decision to have surgery did not come easy. At 48, he was in the best shape of his life. In the previous five years, he had lost 70 pounds and was cycling 3,000 to 4,000 miles per year, embarking on 200-mile races. He even took on swimming, taking lessons for the first time and spending hours doing laps in the local pool. But while Crane got healthier, his spine condition worsened. Pilates and yoga weren’t working. Neither were the massages or the seven different kinds of medications he was taking to ease the pain.

Scoliosis surgery is risky – nerves could be damaged and recovery takes months. But eventually the pain became too much. On September 10, 2012, Koski preformed Crane’s lengthy surgery. After it was complete, he stood more than three inches taller than before the procedure.

After eight days in the hospital, Crane returned home for intense rehab and to heal. He had to learn how to live with a straight spine. He relearned how to sit, walk and simple tasks like getting out of bed.

“Mechanically, Dr. Koski made me perfect,” said Crane, who lives in Highland Park with his family.

Six week post surgery, he returned to his job as president and general manager of a Chicago car dealership where he still works today. He is back to swimming three days a week and isn’t taking any medications. He vows to get back on his bicycle and tackle those long rides again – this time with a new spine and a new tattoo.

Before his surgery, Crane had the outline of a full back tattoo done. He had it filled in to celebrate his birthday in February. Koski made sure that was possible.

“After the surgery Dr. Koski told me I was going to be so happy because he was was able to line up the tattoo perfectly,” Crane said. “And he was right. I was really happy, but for a lot of reasons.”

For more information about the scoliosis clinical trial, email Sara Thompson at sara.thompson@nmff.org. To learn more about the Northwestern Medicine Spine Center, visit our website or connect with us on social media. 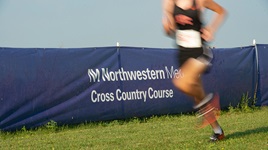 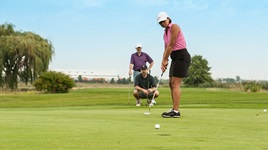