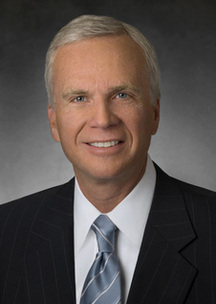 Dean M. Harrison, president and CEO of Northwestern Memorial HealthCare, has been elected chair of the 2015 Illinois Hospital Association (IHA) Board of Trustees. Active in the IHA since 1998, Harrison most recently served as the IHA’s chair-elect and will succeed Kevin Poorten of KishHealth System when his term officially begins on Jan. 1, 2015.

“I am honored to have been selected by my colleagues for this important position, especially at this extraordinary time for healthcare,” said Harrison. “I would like to thank Kevin Poorten for his service and look forward to working with my fellow trustees to continue making sure patients and communities across Illinois have access to the safest, most effective care available.”

In addition to his work with the IHA, Harrison is involved in numerous community and professional organizations including serving as Chair of the Business Leadership Group for Workforce Chicago 2.0 and 2013-2015 Community Impact Chair for the United Way of Metropolitan Chicago. Harrison is a member of the boards of directors of the Center for Medical Interoperability, Member Board of Directors of the University HealthSystem, the Economic Club of Chicago, the Executives’ Club of Chicago, Ikaria Inc., United Way of Metropolitan Chicago and World Business Chicago. He is a special advisor to Merrick Ventures and is a member of the Commercial Club of Chicago and the Institute of Medicine of Chicago.

Prior to his role with Northwestern Memorial HealthCare, Harrison served as President and Chief Operating Officer for the University of Chicago Health System.