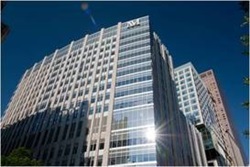 Northwestern Lake Forest ranked No. 20 in Illinois, No. 18 in Chicago metro, and was noted as high-performing in the categories of gastroenterology, geriatrics, gynecology, nephrology, neurology and neurosurgery and orthopaedics.

The rankings were driven by data such as death rates, procedure volume, and balance of nurses and patients. In the four remaining specialties--ophthalmology, psychiatry, rehabilitation and rheumatology--hospitals were ranked on reputation alone.

To be considered in the ranked specialties, a hospital first had to meet at least one of four criteria: It had to be a teaching hospital, or be affiliated with a medical school, or have at least 200 beds, or have 100 or more beds and the availability of four or more types of important medical technology.

Next, hospitals had to meet a volume requirement, individually calculated for each specialty. The required volume was the number of Medicare inpatients from 2006 to 2008 who had various specified procedures and conditions in the specialty. A hospital that fell short could still qualify if it had been nominated by at least one physician in any of the U.S. News Best Hospitals reputational surveys conducted in 2008, 2009, 2010, and 2011.

To learn more about our programs and services or to schedule an appointment, call us at 312.926.0779 or visit us online.