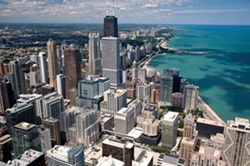 Northwestern Memorial Hospital has been ranked as 8th in the country on the U.S. News & World Report 2014-15 Best Hospitals specialty ranking for diabetes and endocrinology released on Tuesday, July 15. This is the second straight year that Northwestern Memorial has been recognized as a top 10 program in diabetes and endocrinology, rising one place from last year’s 9th ranking. It is the highest ranked program in Illinois and Chicago.

“Every year we not only continue to be a top ranked program, but we climb a very prestigious list.” said Joe Bass, MD, PhD, chief of the division of endocrinology at Northwestern Memorial and Charles F. Kettering Professor of Medicine at Northwestern University Feinberg School of Medicine. “According to the American Diabetes Association, 29.1 million children and adults in the United States – 9.3 percent of the population – have diabetes. Another 86 million people are pre-diabetic and these figures increase each year. Here are Northwestern, we are not only reaching out to the community to help those with diabetes, we are leading the way in clinical research in hopes to find a cure.”

Diabetes is a condition that affects the way the body uses food for energy. It occurs when the pancreas does not make enough insulin or the insulin it makes does not work effectively. It is often diagnosed and treated by primary care physicians; however, the specialty that handles diabetes is called Endocrinology.

Northwestern Memorial placed to 10th in the nation on the publisher’s most exclusive ranking: the Best Hospitals 2014-15 Honor Roll—the second, consecutive year in the Top 10, and third consecutive year on the Honor Roll. Northwestern Memorial continues to be No. 1 in Illinois and in the Chicago metro area, both positions the hospital has held since U.S. News first introduced its state and local rankings three years ago.

The Best Hospitals ranking, now in its 25th year, recognizes hospitals that excel in treating the most challenging patients. In addition to citing its Honor Roll, U.S. News evaluates hospitals within 16 adult specialties—Northwestern is ranked in all but two. Each specialty category ranks the nation’s top 50 hospitals and recognizes others as “High Performing.”  In all but two of the 14 specialties within which Northwestern is ranked, it ranks in the top 25 or higher—three of which are top 10. Those rankings include: cancer (17), cardiology and heart surgery (13), diabetes and endocrinology (8), ear, nose and throat (18), gastroenterology and GI surgery (12), geriatrics (11), gynecology (26), nephrology (14), neurology and neurosurgery (10), orthopaedics (15), pulmonology (22), urology (9) and rheumatology (13) and psychiatry is noted as high-performing.

Objective measures including patient survival and safety data, the adequacy of nurse staffing levels and other data largely determined the rankings in most specialties. Only about 3 percent of hospitals in the U.S. earned a national ranking in one or more specialties and only those ranking very highly in at least six specialties made the Honor Roll.

Endocrinologists and specially-trained surgeons and clinicians at Northwestern Memorial run a number of programs dedicated entirely to diabetes care and education and is leading the way in programs such as continuous glucose monitoring, insulin pumps and diabetes mellitus research studies. Since 2006, the Northwestern Memorial Diabetes Collaborative has been helping patients living throughout the Chicagoland area better self-manage their diabetes. The Northwestern Diabetes Collaborative is one of five programs in the nation to receive the prestigious Nova Award by the American Hospital Association (AHA) for their hospital-led efforts that improved community health.

Learn more about diabetes and endocrinology care at Northwestern Memorial. To schedule an appointment, call 312.926.0779. 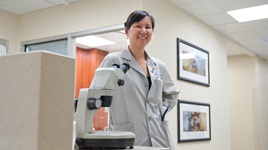 Type 2 Diabetes: What You Need to Know