Share on Facebook Share on Twitter Share through Email Print
The only element missing that day was Mark Cuban. But everything else about a recent endeavor by the Northwestern Emergency Medicine Innovations (NEMI) program emulated the popular television show “Shark Tank” to a tee.

The hit series, which features Cuban, the vocal — and wildly successful— entrepreneur/Dallas Mavericks owner, was the format used to showcase the top five project proposals (out of 21 entries) to come out of a quality improvement contest hosted by NEMI. The competition was designed to inspire ideas, discussions and continued focus on quality improvements in support of the Department of Emergency Medicine and its residency program at Northwestern Memorial Hospital.

The five finalists each had seven minutes to pitch and win over a panel of “sharks” (judges) tasked with grading projects for creativity and viability. Members of the shark panel were all emergency medicine attending physicians; four were from Northwestern Memorial and one was visiting from Brigham and Women’s Hospital in Boston, Mass.  Each judge could vote on projects either by identifying a project as one they themselves would mentor, or by putting up money they could invest in projects catching their interest, as one judge observed: “I think you have identified a simple yet very useful solution to that problem. This could save hours for all providers in the ED.”

In the end, all of the projects had at least one mentor while three proposals had multiple potential mentors that had “invested” in them. Going forward, NEMI will continue to roll out platforms similar to “Shark Tank” to maintain excitement and innovation about ways that department staff and medical residents can work together for ongoing improvements in emergency medicine. 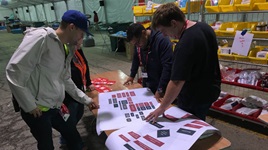 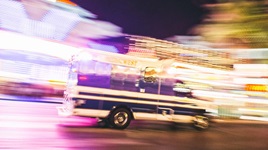