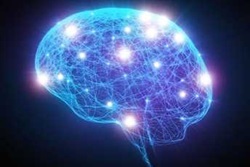 Despite a rapidly aging population, a recent study reported in JAMA Internal Medicine found a decrease in the prevalence of dementia in older adults over the past 25 years. While health care delivery transforms to meet the needs of the aging Baby Boomer generation, the decline in dementia rates seems promising.

“It’s not surprising that dementia rates has decreased over the years due to an improvement in our general ability to treat a lot of conditions that contribute to dementia,” said Sandra Weintraub, PhD, neuropsychologist at Northwestern Memorial Hospital and member of the Cognitive Neurology and Alzheimer’s Disease Center at Northwestern University Feinberg School of Medicine. “When you start treating conditions like high blood pressure, stroke, diabetes and high cholesterol, the risk of developing dementia may lower your chances.”

The study analyzed 21,000 participants who were involved in the Health and Retirement Study, a longitudinal NIH-funded study which regularly surveys older adults over the age of 50 as well as following their progress as they age to help understand their health and well-being throughout their lifespan. This particular study used Americans with a diverse background across all races, education and income levels. This cohort study was the largest study of its kind looking at the dementia rate as the population continues to age.

To better assess memory and thinking skills, participants were given memory tests by phone or in person. Results from the nationally representative government survey found that adults age 65 and older with dementia dropped to about nine percent in 2012 from nearly 12 percent in 2000.

Currently, more than five million Americans are living with Alzheimer’s disease or some form of dementia and it is the sixth leading cause of death in the United States. It is also the most expensive disease in America, costing the nation roughly $244 billion as of 2015, surpassing heart disease and cancer. While the study’s findings are encouraging, Weintraub warns that as the population continues to age, the medical community still faces large numbers of patients with newly diagnosed dementia.

“The ultimate message of this study for health professionals isn’t to say ‘oh boy, the incidence of dementia is going down’ because our population is aging at a tremendous rate,” said Weintraub, who is also a professor of psychiatry and behavioral sciences at the Feinberg School.

According to Weintraub, there are ways to help keep your brain healthy to help mitigate the risk of developing Alzheimer’s disease or another form of dementia: 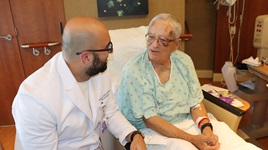