The Importance of Colon Cancer Screening

Share on Facebook Share on Twitter Share through Email Print
Colon cancer is the third most diagnosed cancer in the United States and the second most common cause of cancer death in Illinois. More than 800,000 Illinois residents who should be screened for the disease haven’t done so because of lack of awareness or insurance. In an effort to raise awareness and the screening rate to 75 percent, Northwestern Memorial, along with other Illinois health care facilities, has partnered with the American Cancer Society initiative to perform an additional 80,000 colonoscopies a year on Illinois residents. 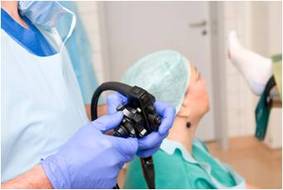 For a number of reasons, there is a substantial gap in the number of people who should be getting a colonoscopy and the number of people who actually receive the test. First, people don’t know or don’t want to get a colonoscopy. In addition, a certain number of those people would like to get the test but don’t have the means to get it as it is relatively expensive. The fact is, in Illinois, we have far many more people that need the test than have the resources to do it.

At Northwestern, we are committed to taking a patient all the way through the system. In my opinion, second to not finding the problem is finding it and then sending a patient elsewhere for treatment. We have a very firm policy that says that we’re only going to do screening programs when we are committed to taking the patient through their treatment, whether that involves surgery, chemotherapy, or neither.

Through this initiative, it is our hope as health care providers to be able to prevent some 30,000 cancers from developing over the next few years.

Northwestern Memorial’s longstanding commitment to serve the health care needs of Chicago and our surrounding community has been a hallmark of the organization for more than 150 years. The partnerships and initiatives created have successfully improved health outcomes in our neighborhoods, and as a physician and administrative leader of the organization, it is rewarding to watch Northwestern Memorial’s legacy of service to our community.