Share on Facebook Share on Twitter Share through Email Print
Northwestern Memorial Hospital and Northwestern Lake Forest Hospital have received National Research Corporation Consumer Choice Awards for the Chicago and Lake County/Kenosha County markets. The award is presented to hospitals that have been ranked as having the highest quality and image by healthcare consumers in over 300 markets. This is the 14th consecutive year Northwestern Memorial has received the honor and the 8th consecutive year Northwestern Lake Forest has received the honor. 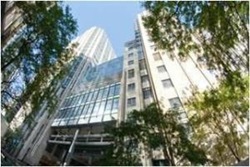 Award recipients are determined based on consumer perceptions collected in the annual National Research Market Insights/Ticker study, which polls more than 260,000 households across the country. The survey focuses on four key areas: best doctors, best nurses, best overall quality and best image and reputation. Consumers are also asked to list their Most Preferred hospital for all health needs. Northwestern Memorial was listed more times than any other Chicago hospital, making it the Most Preferred hospital in Chicago for the 18th consecutive year.

Northwestern Lake Forest Hospital also ranked highest in more categories than any other hospital in Lake and Kenosha Counties and was named Most Preferred for all health needs.