Northwestern Medicine® and the March of Dimes are hosting an October 12 event bringing together caregivers from Northwestern’s Prentice Women’s Hospital’s Neonatal Intensive Care Unit (NICU) with former patients and their families. “The NICU becomes a home away from home for all of the families,” said Kelly Polnik, a registered nurse in the NICU. “No one ever anticipates stepping foot in the NICU when planning a family. It is those bonds between the nurses, doctors, patients and their parents that help make those times easier for the parents.” 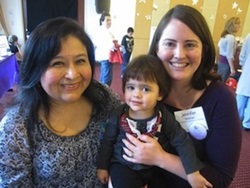 Parents like Jennifer and Jeremy Mullman, whose daughter Jossie was born at 33 weeks gestation on January 17, 2011 at Prentice.

“When she was born we were just filled with bewilderment and surprise,” Jennifer Mullman said. “We didn’t realize at the time what a great place to be, a hospital where, in the NICU, the level of support from the doctors and the nurses made all the difference.”

The Mullman family was at the inaugural reunion last year and plans to return this year for an afternoon of games, music and food. Jossie is now a healthy 2 1/2 year old.

“It was a really gratifying experience to give our thanks,” Jennifer Mullman said. More than 200 people are expected at the 2013 event, organized through the NICU Family Support Program.

That program, created by the March of Dimes, provides educational programming and emotional support for families whose newborns are in the NICU as well as when they head home.

Northwestern Medicine’s program is the only one of its kind in Illinois. Specially-trained NICU staff at Prentice cares for an estimated 1,600 premature or seriously ill newborns annually, both babies born at Prentice and those transferred to Prentice from other hospitals.

The NICU is a level III unit, accepting the most at-risk newborns. Northwestern Medicine is the shared vision that joins Northwestern Memorial HealthCare and Northwestern University Feinberg School of Medicine in a collaborative effort to transform medicine through quality healthcare, academic excellence and scientific discovery. The October 12 reunion, from 11 a.m. to 3 p.m., is free though registration is required online. 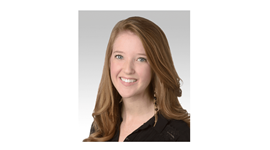 How to Talk to Kids About COVID-19 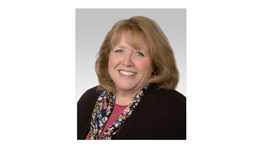 What Can Patients Do to Improve the Safety of Their Health Care?