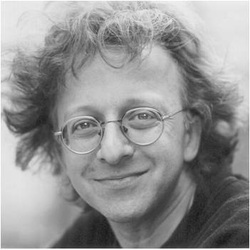 The National Cancer Institute estimates that 1,638,910 people in the U.S. will be diagnosed with cancer before the end of 2012. What if they began writing about their experience? What if they could take better control of their situation by communicating more effectively and sharing their feelings?

David Tabatsky, co-author of Chicken Soup for the Soul:  The Cancer Book, says the response from cancer survivors and their families reinforced his belief in the healing potential of expressive writing. He states that his father was diagnosed with leukemia in 1986 and he died less than a year later. At the time, no one spoke much about his illness and he never heard anyone mention other options besides medicine –– for his father or those who loved him. Eventually, he figured out that writing and communicating, in general about his father and cancer could be helpful, both for him and for those who have come into contact with either of them.

On Saturday, November 17, Tabatsky will lead “Write to Fight Cancer,” a writing workshop for people affected by cancer.  The interactive program will be held in Northwestern’s Prentice Women’s Hospital from 8:30 a.m. – 9:30 a.m. as part of Cancer Connections. Hosted by the Robert H. Lurie Comprehensive Cancer Center of Northwestern University, Cancer Connections provides an opportunity to learn about tools, techniques and services they can use to reenergize during and after cancer treatment.  Patients and caregivers connect with others facing similar challenges, experience the benefits of massage therapy, and participate in workshops on a wide range of topics, including “Write to Fight Cancer.”

Since 2010, Tabatsky has led expressive writing workshops at cancer centers throughout the country, guiding cancer survivors, family members, and healthcare providers through a series of expressive writing exercise to transform their feelings into words and stories. Expressive writing can be a therapeutic, educational and artistic tool for people coping with cancer to enhance their physical and emotional health.  “For every individual diagnosed, countless people are affected,” Tabatsky says.  “Cancer creates a loosely connected community.”

Register now for the November 17 Cancer Connections or call 312.926.7377 for more information.