LAKE FOREST, IL – Despite a family history of heart disease, Craig Johnson did not suspect it had touched him too until seeing his physician for trouble swallowing led to a stress test, which led to a coronary angiogram performed by Northwestern Medicine Lake Forest Hospital cardiologist William Benge, MD, FACC. 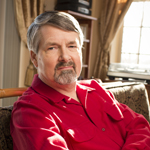 After regaining full consciousness following the procedure, Johnson was shocked to learn that he had had a 70 to 80 percent blockage in one of his major arteries and that—without treatment—he would have been at serious risk for a heart attack in the next six months.

“Dr. Benge was really emphatic and convinced me that we needed to check for blockage after my stress test results,” said Johnson, 60, of Mundelein, Ill. “Thankfully I listened to him, and he was able to open the blocked artery and have me home after a short stay in the hospital for observation.”

“As in Craig’s case, heart disease often reveals no symptoms,” said Benge. “The so-called ‘silent killer’ sneaks up on millions of people, which is why heart disease remains the number one cause of death for both men and women in America and throughout the world.”

To check the flow of blood to and from the heart, Benge performed a coronary angiogram on Johnson at the Advanced Cardiac Catheterization Lab at Lake Forest Hospital. During an angiogram, a catheter is guided through an artery to the heart to view blood flow through the artery. X-ray images record the blood flow through the coronary arteries and show how the heart is pumping blood. The doctor views these images in real-time to find where the blockage exists.

Once Johnson’s blockage was detected, Benge performed an angioplasty—threading a thin, flexible tube from the groin to the damaged artery, where a small balloon inflates the blocked artery to reopen it, and a metal coil called a stent is placed in the artery to help keep it open.

More and more, cardiac patients can be treated with less invasive—and often outpatient—treatments that make surgery unnecessary. Angioplasty is one of several procedures performed at the Lake Forest Hospital Advanced Cardiac Catheterization Lab, including the diagnosis and treatment of irregular heart rhythms and managing the intricacies of pacemakers and defibrillators. The Northwestern Medicine Cardiac Rehabilitation Program minimizes the effects of cardiac illness through monitored exercise, risk management and nutritional counseling. Additionally, the Bluhm Cardiovascular Institute in Lake Forest brings the extensive clinical and research experience from the Bluhm Cardiovascular Institute of Northwestern Memorial Hospital to the treatment of patients in Lake County.

“I was really fortunate with the care I received. The first doctor did the right thing when he noticed that something was not right, and Dr. Benge did the right thing in spelling out to me the serious risk of heart attack,” said Johnson. “This experience has taught me that you can’t fool yourself: you’ve got to be aware that it can happen to you, particularly if you have a family history, and you have to work hard to take care of yourself.”