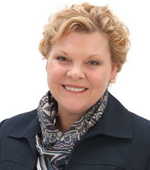 Clements will lead the expansion into Lake County of the Northwestern Medicine McGaw Family Medicine Residency Program, which began in 2010 at Norwegian American Hospital and Erie Family Health in Chicago. The program reflects the changing needs of healthcare, particularly the demand for primary care physicians because of the federal Affordable Care Act that provides for universal access to medical care.

“Family medicine will likely be the cornerstone of the medical delivery system for the foreseeable future,” said Michael G. Ankin, MD, FACP, FCCP, vice president of medical affairs and chief medical officer for Lake Forest Hospital. “Dr. Clements is uniquely qualified to lead the new Northwestern McGaw Family Medicine Residency at Lake Forest to train the next generation of family medicine physicians. Her numerous awards and recognitions are a testament to her leadership qualities and also to her compassion and quality of care as a physician.”

Clements is board certified in family medicine and received her medical degree from the University of Nebraska Medical Center (UNMC) in 1997, where she completed her family medicine residency and served as chief resident in 1999. In 2002, she became a fellow of the American Academy of Family Physicians and the Society of National Primary Care Policy.

She completed fellowships at the U.S. Department of Health and Human Services in Washington, D.C. in 2003 (in health policy) and family physician educators at the National Institute for Program Director Development (in family medicine residency programs.). From July 1999 to April 2005, she served as assistant director of the division of medical education at the American Academy of Family Physicians and as a clinical assistant professor at KUMC.

She is a member of numerous professional society and affiliations, including the American Medical Association, where she has been a delegate to the Women’s Congress and an alternate delegate to the House of Delegates. She served on the board of directors of the Nebraska Academy of Family Physicians and as a delegate to the National Congress of Family Medicine Residents. She has been a member of the American Academy of Family Physicians since 1993, serving as a member of the board of director from 1999 to 2000, the Commission on Education from 2009 to 2011 and chair of the Commission on Education from 2012 to 2013.

From 1993 to 2013, Clements was a member of the Kansas Academy of Family Physicians, where she has been a board member since 2006 and executive committee member since 2008; she also served as president, vice-president, secretary and board chair. Clements is a member of the Society of Teachers of Family Medicine, serving on the education committee from 2002-2004 and 2009-2013. She is also a member of the group on medical student education, the group on residency education and former chair of the steering committee on pre-doctoral education. She also holds a certificate in clinical ethics from the Center for Practical Bioethics, an international program that provides innovative and rigorous graduate level certificate program training in clinical ethics and health policy.

Clements has been honored with numerous awards and recognitions. She served as UNMC medical student president, earned the UNMC family practice alumni summer fellowship and the UNMC Victoria Hooper Anatomy Award, and in 2008 was named alumna of the year by UNMC. She has twice been presented with the Family Medicine Interest Group Program of Excellence awards, one of six national awards. She has also been awarded the Society of Teachers of Family Medicine President’s Award for creation of a national family medicine clerkship curriculum.

“Teaching across the span of physician training is my greatest source of professional fulfillment, and I’m thrilled to have the opportunity to lead the family medicine residency in Lake County for Northwestern Medicine,” said Clements. “Family medicine is an essential component of the overall health delivery system and is the often the most personalized care that patients receive. The relationship between a patient and their family physician is paramount and demands the best education and training possible for our medical students.”