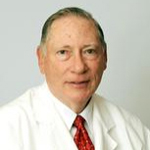 LAKE FOREST, IL – Obstetrician/gynecologist Robert J. Hartman, MD, FACOG, has joined Northwestern Memorial Physicians Group (NMPG) in Lake Forest and will continue to see patients at his office in the Northwestern Medicine Hunter Family Center for Women’s Health at Lake Forest Hospital. Hartman has been a member of the medical staff of Northwestern Medicine Lake Forest Hospital since 1978 and has served as chair of the obstetrics/gynecology department since 2004. “Dr. Hartman has delivered more than 8,000 babies over the course of his 37-year career,” said Daniel Derman, MD, vice president, Northwestern Memorial Hospital, and president, NMPG. “His many years of practice are an asset for our patients seeking experienced, thoughtful care.”

Hartman is board certified in obstetrics and gynecology. He received his medical degree from the University of Illinois College of Medicine in 1971. He completed an internship and residency at the US Naval Regional Medical Center Naval Hospital in Portsmouth, Virginia. He served as a clinical professor at the Chicago Medical School from 1980 to 1986 and at Northwestern University Feinberg School of Medicine from 1986 to 1994. Hartman has been recognized for several years as one of the North Shore’s “Top Doctors.”

“I am pleased to join the outstanding physicians of Northwestern Memorial Physicians Group,” said Dr. Hartman. “I have been privileged to serve women of our community for so many years and will continue my dedication to women’s wellness throughout their lives.”