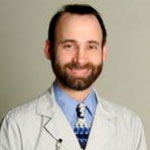 LAKE FOREST, IL – For patients whose prostate cancer has spread to the bones, there have historically been very few options that would both treat the bone pain and prolong life. Now, Northwestern Medicine Lake Forest Hospital is among the first hospitals in the region to offer a new targeted radiation treatment that reduces bone pain and the incidence of fractures in prostate patients—and can extend their lives. Approved last May by the Food and Drug Administration, the treatment is called Xofigo®. A radioactive substance, radium-223, is injected into an IV line in a patient’s vein in a procedure that takes less than five minutes. Because it is similar to calcium, radium-223 binds to the bone. Radium-223 delivers high-energy radiation over a short distance, providing a targeted treatment that is less damaging to other structures or tissues.

“Prostate cancer has a particular affinity for spreading to the bones, which can be tremendously painful for patients and can cause fractures and decreased quality of life. The patients we’re treating with Xofigo® should not only experience greatly reduced pain, but also enjoy better quality of life and longer survival,” said Marc Posner, MD, medical director for radiation oncology at Northwestern Lake Forest Hospital. “It’s exciting for us to add this treatment to the therapies that can be considered for prostate cancer patients.”

Xofigo® is recommended for prostate cancer patients in which:
Next to skin cancer, prostate cancer is the most common type of cancer found in men in the United States, according to the American Cancer Society. The organization estimates about 239,000 new cases of prostate cancer are diagnosed each year and nearly 30,000 die from the disease annually.