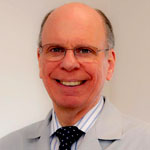 “I am privileged to join the outstanding physicians at Northwestern Medicine Lake Forest and in Northwestern Memorial Physicians Group,” said Dr. Freilich. “My goal is to work closely with my patients to create the best treatment plan possible, and to help them manage and maintain their treatment so they can live life to the fullest.”