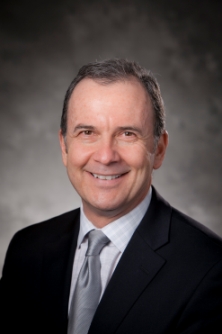 “Rick is an accomplished healthcare executive who understands academic health systems like ours,” said Dean M. Harrison, NMHC President and CEO. “He has a track record for working collaboratively and achieving results. We expect Rick to play an important role in the leadership of Northwestern Medicine.”

“Attracting an executive of Rick’s caliber will help us to continue to advance our efforts to develop clinical programs of distinction and expand access to Northwestern Medicine,” said McCanna. “Through our recently aligned physician organization, Northwestern Medical Group, we have the combined strengths of top physician, clinical and administrative leaders to provide the best possible care to the patients and communities we are privileged to serve.”

Gannotta joined Duke Raleigh Hospital as its Chief Operating Officer in 2006, before becoming president early last year. At Duke, he worked closely with department chairs at the Duke University School of Medicine on clinical alignment, program development, and physician recruitment to expand the hospital’s primary and specialty care practices. Through those collaborations, and with the partnership of administrative teams, Gannotta’s leadership efforts increased market share for the Duke health system by strengthening Duke Raleigh’s financial position and clinical programs. The hospital also achieved top performance in patient satisfaction and, for the first time, attained Nurse Magnet Status, a designation bestowed to only 5 percent of the nation’s hospitals.

A nurse practitioner, Gannotta is also faculty for the Duke School of Nursing’s Nursing and Health Leadership Program. He has a BSN from Florida International University, an MBA from Campbell University and a doctorate in health administration from the Medical University of South Carolina.