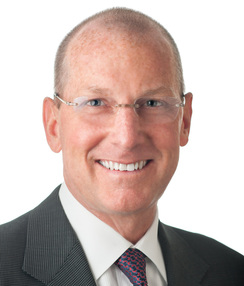 
﻿CHICAGO, IL – Northwestern Medicine® is pleased to announce the appointment of Scott A. Strong, MD, as chief of the Division of Gastrointestinal and Oncologic Surgery at Northwestern Memorial Hospital and surgical director of the Digestive Health Center. Strong will serve in partnership with Stephen B. Hanauer, MD, who is the medical director of the Digestive Health Center, to help develop the center’s clinical, research and educational initiatives. In addition, Strong was appointed as the James R. Hines, MD, Professor of Surgery at the Northwestern University Feinberg School of Medicine.

“I am very excited to be part of Northwestern Medicine and to help lead the Digestive Health Center,” said Strong. “I am looking to forward to helping further the mission of the center to improve patient care through a collaborative multidisciplinary approach.”

Strong came to Northwestern Medicine from the Cleveland Clinic where he was a surgeon in the Department of Colorectal Surgery since 1992 and won several awards, including the Premier Physician Award from the Crohn's and Colitis Foundation of America’s Northeast Ohio Chapter. He also worked internationally with Cleveland Clinic, as the Chief Medical Officer (2007-2008) and Chief Executive Officer (2008-2009) at Sheikh Khalifa Medical City in Abu Dhabi, United Arab Emirates.

“Dr. Strong is a very accomplished gastrointestinal surgeon, educator and leader, and we are happy to have him as part of our team,” said Nathaniel Soper, MD, Chief of Surgery at Northwestern Memorial Hospital and Chair of the Department of Surgery at the Feinberg School of Medicine. “His clinical expertise, background in education and strong leadership experience make him ideally suited to co-direct the Digestive Health Center and lead the Division of Gastrointestinal and Oncologic Surgery in providing the best care possible for our patients.”

Strong received his medical degree from the University of Iowa Carver College of Medicine in 1985. He completed his general surgery residency at Michigan State University – Butterworth Hospital, and went on to complete a residency in colorectal surgery at the Cleveland Clinic, where he became a staff colorectal surgeon in 1992. During his time at the Cleveland Clinic, Strong also took on additional appointments in the Departments of Immunology and Pathobiology.

Throughout his career, Strong has published extensively on gastrointestinal topics that include colorectal surgery quality, Crohn's disease and ulcerative colitis. Among his many professional affiliations, Strong is a Fellow of the American College of Surgeons and the American Society of Colon and Rectal Surgeons, and is a member of the Crohn’s and Colitis Foundation of America and the American Gastroenterological Association.

To schedule an appointment with Strong, call 312.695.6868 or learn more about digestive health.