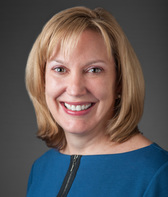 “Julie and Howard have long and accomplished histories as leaders for Northwestern Medicine,” said Dean M. Harrison, NMHC President and CEO. “In their new roles, they will be working with a talented team of physicians, nurses, and employees who share their commitment to making sure each patient we treat receives outstanding care. I would also like to acknowledge the previous leadership of NMG and NMH, Dr. David Mahvi and Rick Gannotta, who both helped advance Northwestern Medicine’s reputation for excellence.”

A member of NMHC’s senior leadership team since 1996, Creamer most recently served as Senior Vice President of Administration for NMHC and Chief Transformation Executive for NMG. She has managed a diverse portfolio including quality, patient safety and information technology improvements and previously served as NMH’s Chief Nurse Executive. She was also instrumental to the planning and construction of Northwestern Memorial Hospital which was completed in 1999, as well as the development and launch of the Northwestern Medicine 10-year strategic plan. She received her BSN from Marquette University and holds a Masters of Science Degree from the University of Illinois, Chicago. In addition to her work at NMHC, Creamer has published and made a number of national presentations on a variety of topics to organizations such as the American Organization of Nurse Executives, American Hospital Association, Institute for Healthcare Improvement and Scottsdale Institute.

“Northwestern Memorial Hospital is among the nation’s premier academic medical centers,” said Creamer. “I’m proud to have the opportunity to work with Dr. Chrisman and the Northwestern Medicine leadership team in this new role to continue to advance our Patient First mission.” 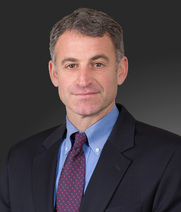 Dr. Chrisman, an interventional radiologist, most recently served as Vice President of Clinical Operations for NMG. He has been a member of the Northwestern Memorial medical staff since 1997 upon completing his fellowship at Northwestern University Feinberg School of Medicine in Vascular and Interventional Radiology where he is now a professor of radiology and surgery. Dr. Chrisman’s primary area of clinical interest and research is the treatment of fibroid disease using embolic therapy. In addition to his clinical activities, Dr. Chrisman is Vice Chairman for Clinical Operations for the Department of Radiology and served as Vice President of the regional medical practice for the Northwestern Medical Faculty Foundation. He attended undergraduate at Cornell University and medical school at SUNY Syracuse, as well as completed an internship in the Boston City Hospital System followed by residency in Diagnostic Imaging at the University of Virginia. He obtained an MBA from the University of Colorado with a special emphasis on Health Care Administration.

“It is my honor to serve as one of Northwestern Medicine’s physician leaders,” said Dr. Chrisman. “I’m looking forward to continuing to work closely with Julie and my colleagues in this expanded role to help make Northwestern Medicine a great place to receive and provide care.