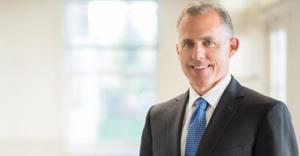 With more than 20 years of oncology experience, Dr. Tsarwhas will oversee cancer care for Northwestern Medicine patients in the northern suburbs

LAKE FOREST, IL – Whether it’s triggering the immune system to fight a tumor or using a person’s genetic code to determine their cancer risk, Dean Tsarwhas, MD, has seen a lot of advances in cancer care since he first started seeing patients in 1993.

But it’s the future he’s excited about.

“There is optimism and hope in cancer treatment today,” said Tsarwhas, who is also a faculty member of the Northwestern University Feinberg School of Medicine. “With locations in Lake Forest and Grayslake and our ongoing system growth including the northern suburbs, Northwestern Medicine provides patients the seamless access to care locally along with a direct pathway to downtown’s research and clinical trials, which are important options for cancer patients.”

Previously, Tsarwhas and his team treated oncology patients in his private practice office in Libertyville. He has also been on staff at Northwestern Medicine Lake Forest Hospital. Beginning in early January, he begins his new role as medical director overseeing cancer care for Northwestern Medicine’s Lake Forest Hospital and Grayslake Outpatient Center.

“Dr. Tsarwhas is an outstanding oncologist who shares our commitment to utilizing a strong multidisciplinary team approach to provide the best cancer care possible,” said Leonidas C. Platanias, MD, PhD, director of the Robert H. Lurie Comprehensive Cancer Center of Northwestern University. “I look forward to working closely with him to find new ways of providing patients in the northern suburbs with more streamlined access to novel clinical trials and therapies through the Lurie Cancer Center and the new Northwestern Medicine Developmental Therapeutics Institute (NMDTI) clinic at Lake Forest Hospital.”

“Dr. Tsarwhas is a highly respected physician in the fields of oncology and hematology who also has deep roots in our community,” McAfee said. “At Lake Forest Hospital, he will oversee a dedicated team of physicians and clinical specialists that provide high-quality, compassionate care that always puts patients first. Our patients not only have access to the most advanced cancer care close to home yet also have access to specialty care downtown.”

“I knew early in my medical career that I wanted to specialize in oncology,” said Tsarwhas, who is also the vice chief of the Lake Forest Hospital medical staff. “I have patients who I’ve seen for years. I know their family and I’ve watched their kids grow up. I play an important role in the lives of my patients and it’s a role I take very seriously.”

Tsarwhas earned his medical degree at Northeastern Ohio University. He completed his residency at the University of Michigan and his fellowship at the Dana-Farber Cancer Institute at Harvard Medical School. “Sometimes it’s easy to get lost in the labs, scans and testing,” said Tsarwhas who lives in Lake Forest with his wife and three children. “A cancer diagnosis affects not only the patient but the patient’s whole family as well. I love what I do and it’s a privilege to come to work every day and help my patients live the longest and best life possible.”