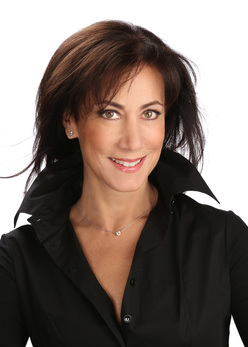 “I am thrilled to join Northwestern Medicine as medical director of the Center for Sexual Medicine,” said Streicher, who is an associate clinical professor of obstetrics and gynecology at Northwestern University Feinberg School of Medicine. “This new center will offer comprehensive care for women and men with sexual health problems, as well as be the nation’s premier sexual research and teaching facility. Experts in sexual dysfunction, including physicians, advanced practice nurses, certified sex therapists, pelvic floor physical therapists and various specialists will collaborate to address the physical, medical and hormonal conditions that impact sexual health.”

Streicher began her medical career with an internship in internal medicine at Northwestern Memorial Hospital, where she has been on the medical staff for more than 21 years. In addition to her clinical work, Streicher is a researcher with many journal publications and devotes significant time to teaching residents and medical students at the Feinberg School. Streicher is a graduate of the University of Illinois College of Medicine and completed a residency in obstetrics and gynecology at Michael Reese Hospital and Medical Center.

Streicher’s clinical interests include all aspects of women’s health, but she has a particular expertise in menopause and sexual health. With a commitment to consumer health education, she has appeared in numerous national and local media outlets discussing all aspects of women’s health and is a recurring contributor on The Dr. Oz Show, ABC-7’s Windy City Live, The Today Show, The Steve Harvey Show and The Meredith Vieira Show. She is the author of two books: Sex Rx: Hormones, Health and Your Best Sex Ever (2014) and The Essential Guide to Hysterectomy (2004 and 2013). Streicher is also a blogger for EverydayHealth.com.

“Dr. Streicher is a recognized leader in sexual health and menopause who has dedicated her career to bettering the lives of women,” said Serdar Bulun, MD, chair of obstetrics and gynecology at Northwestern Memorial and John J. Sciarra Professor in Obstetrics and Gynecology at the Feinberg School. “We’re excited to have her join our team and enhance the clinical care offerings for Northwestern Medicine. Her expertise will make our program a destination for patients and medical trainees looking for the best in sexual health clinical care, research and medical education.”

Streicher is a Fellow of the American College of Obstetricians and Gynecologists, a Diplomat of the American Board of Obstetrics and Gynecology, a member of the Sexual Medicine Society of North America, Inc., The International Society for the Study of Women’s Sexual Health, The Scientific Network on Female Sexual Health and Cancer, The Association for Gynecologic Laparoscopy. She is also a Certified Menopause Practitioner of The North American Menopause Society.

To learn more about Streicher’s new practice or to make an appointment, email drstreicherappt@nm.org or visit drstreicher.nm.org.