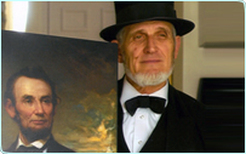 During Chester Damron's annual physical in October of 2006, his doctor put a stethoscope to his chest and was surprised by what he heard. "He jumped back and said, 'Chet, you're in trouble,'" recalls Mr. Damron, age 72. "He said my heart sounded like a Model T Ford. I had known for years that I had mitral valve prolapse. But I also knew that in most cases, it doesn't cause any problems."

Some individuals with mitral valve prolapse (MVP) experience a leak of the mitral valve, causing regurgitation, which is when blood flows back through the valve. Previously, Mr. Damron, a resident of Berrien Springs, Michigan, had been assured that his valve was fine. Now he was alarmed to hear that it was leaking severely. "I thought I was in good health," he says. "I was working out every day and I had no symptoms."

Immediately, Mr. Damron went to see his local cardiologist and found out that he needed heart surgery to avoid potential complications such as stroke and congestive heart failure. A retired minister who spent the last 20 years of his ministry as a hospital chaplain, much of that time in cardiac units, Mr. Damron was familiar with the life-threatening issues that heart surgery patients can face. "I told my cardiologist that I wanted to find the best, most experienced surgeon available."

The recommendation was to see Patrick M. McCarthy, MD, chief of the Division of Cardiothoracic Surgery at Northwestern Medicine, executive director, Bluhm Cardiovascular Institute and the Heller-Sacks Professor of Surgery at Northwestern University Feinberg School of Medicine. "I was told that he had developed a new method for repairing valves," says Mr. Damron.

In February of 2007, Dr. McCarthy performed a surgical procedure called a minimally invasive mitral valve repair on Mr. Damron's heart. Six weeks following the surgery, Mr. Damron was walking six miles a day. Since then he has fully resumed his active life including snowboarding and mountain climbing. In July of 2007, he climbed the Colorado National Monument in Grand Junction, Colorado. In September, 2007, he traveled to China and climbed the Great Wall. "The word 'gratitude' is in my heart very often," Mr. Damron says.