CHICAGO, IL - A new Northwestern Medicine clinical trial aims to remove the need for organ transplant patients to take immunosuppressive drugs by increasing the number of their own regulatory T cells (T-regs). The first-in-human, Phase I clinical trial, known as TRACT (T-regs for adoptive cell transfer), recently enrolled its first three participants in late May at Northwestern Memorial Hospital and was granted approval by the U.S. Food and Drug Administration (FDA) in March, 2014. Northwestern Memorial is the only enrollment site for this trial. 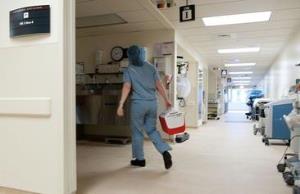 “T-regs play a critical role in creating transplantation tolerance and in controlling autoimmune diseases,” said Joseph Leventhal, MD, PhD, director of kidney and pancreas transplantation for Northwestern Medicine’s Comprehensive Transplant Center, professor of surgery at Northwestern University Feinberg School of Medicine and principal researcher for TRACT. “The core problem with autoimmune diseases is that their own immune system is actively attacking their body. In the case of transplant patients, their immune system views their new organ as a harmful intruder.”

The therapeutic approach used by the TRACT clinical trial first isolates about 10 million T-regs from a participant prior to them receiving a kidney transplant. The isolated T-regs are then expanded in Northwestern Medicine’s Mathews Center for Cellular Therapy until there are close to one billion individual cells, which are then given back to the participant through an intravenous infusion. While other studies using stem cells from living kidney donors have been successful in creating organ transplantation tolerance, which were also pioneered by Leventhal, TRACT’s therapeutic approach to creating tolerance is equally applicable for deceased donor transplant recipients.

Currently, transplant recipients must take multiple toxic anti-rejection medications for the remainder of their lives so that the immune system is weakened to a point where it will no longer be able to effectively attack a transplanted organ. However, these drugs can cause serious side effects, including high blood pressure, diabetes, heart disease, cancer and an increased risk for infection. Anti-rejection medications even cause damage to organs like the liver and kidneys, which are often the same organs that are transplanted to save patients’ lives. The new therapy used in Leventhal’s TRACT study offers the potential for a better quality of life with fewer health risks for organ recipients.

In support of Leventhal’s groundbreaking research, the Woman's Board of Northwestern Memorial Hospital recently provided a gift of $500,000 to help fund TRACT. The gift will enable the trial to be completed over the next calendar year and lay the foundation for the further development of TRACT’s therapeutic approach as a Phase II trial.

“We are proud to be able to support this important and novel clinical trial,” said Laura Davis, president of The Woman’s Board. “Dr. Leventhal’s research is very exciting and demonstrates a strong potential to drastically improve organ transplantation in the future.”

“I am excited to be beginning this clinical trial and take the first steps toward what could be the next advancement in organ transplantation,” said Anton I. Skaro MD, associate director of the Kidney Transplant Program for the Comprehensive Transplant Center, assistant professor of surgery at the Feinberg School of Medicine and principal investigator for TRACT. “While TRACT is currently focusing on removing the need for transplant patients to take anti-rejection medications, it also very exciting to note that this approach could prove useful for improving the lives of millions of individuals suffering from autoimmune disorders.”

A total of 12 participants will be enrolled in the Phase I trial to test the safety of TRACT’s therapeutic methodology. To qualify, participants must be 18 to 65 years of age, without a previous organ transplant and require a single kidney organ transplant. Women participating in the study cannot be pregnant during the time of their transplantation and must use medically acceptable contraception throughout the clinical trial’s treatment period.