What Is Systemic Lupus Erythematosus? 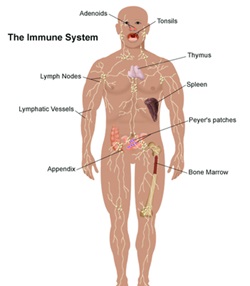 Systemic lupus erythematosus (also known as SLE or lupus) is an autoimmune disorder, a condition in which the body's immune system attacks its own healthy cells and tissues.

Lupus is characterized by periodic episodes of inflammation of and damage to the joints, tendons, other connective tissues and organs, including the heart, lungs, blood vessels, brain, kidneys and skin. Lupus affects each individual differently and the effects of the illness range from mild to severe. The disease is known to have periods of flare-ups and periods of remission (partial or complete lack of symptoms).

The majority of people with lupus (90 percent) are female, and most first develop signs and symptoms of the illness between the ages of 15 to 44. Lupus also affects more African-Americans, Asian-Americans, Latinos and Native Americans than Caucasians. And although improvements in the care and understanding of SLE have helped to slow the death rate due to this complex autoimmune disease, it still remains fatal for many minorities, as a result of genetic and ethnic factors.

People with certain conditions or health concerns have increased risk of more severe illness after contracting COVID-19. Learn about the latest information.

Did you know as many as 1.5 million Americans have lupus? Find out more about this disease.

Many women with lupus give birth to healthy children. The key to a successful pregnancy is knowing how lupus affects your body.