When Drew Warren leaves for work at 5 am from his home in Aurora, Illinois, there’s usually no one on the road. It’s a good way to start the day, breezing along on his motorcycle. “Two wheels, no windshield, your Bluetooth in — it’s just you, chillin’ — you feel free,” Drew says.

That all changed in an instant on an early May morning when Drew’s motorcycle ended up sliding under an 18-wheeler. He broke both of his thigh bones (femurs) and his right hip, sustained compound fractures of both bones in his lower right leg, damaged a nerve in one of his hands, and suffered a concussion and short-term memory loss.

He was first stabilized and received blood at the nearest hospital, then transferred to another local hospital where he was in surgery for 14 hours. Drew says his hip was so badly crushed and his right leg broken in so many places that the surgeon wanted to amputate it, but his mother insisted on an alternative. Instead, the surgeon rebuilt Drew’s legs by inserting a metal rod inside each of Drew’s femurs and two rods in his right lower leg, plus a metal plate underneath his right knee. Post-surgery, Drew spent another two weeks in the hospital before he was transferred to Marianjoy Rehabilitation Hospital, part of Northwestern Medicine, where his long road to recovery really began.

The best moment came when I could walk without a harness.

“I started out with these zero-gravity zip lines holding me up — I was just on my tippy-toes at first, until I could start to bear my weight,” the 28-year-old explains. “The best moment came when I could walk without a harness. I thought, ‘I’m almost back!’ I had a smile on my face like a little kid.”

From there, Drew’s physical therapy involved multiple exercises and therapy specifically geared to help him return to work as a truck driver with a disposal service in Batavia, Illinois. Drew would eventually need to be able to step up 16 inches into the garbage truck he drives.

In June, just over a month after his accident, Drew was discharged from Marianjoy but still needed a wheelchair. He received more physical and occupational therapy at home, and by summer’s end, he could bear enough of his weight to return to Marianjoy for outpatient physical and occupational therapy. In September, he graduated to crutches. By the end of the year, seven months after his accident, Drew returned to work.

Drew credits his five Marianjoy therapists for supporting him, and says the camaraderie they developed meant a great deal to him. “They raised my spirits and took care of me, including taking my jokes,” he laughs. They also took his music suggestions. “They said they played country music because that’s what the older people liked, but I suggested that we start having Motown Mondays. The big boss was good with that, so we did it. Everybody knows those words and was singing them. I think I helped everyone have fun together.”

Drew’s providers noted his optimism as well. “One of them told me, ‘You’re the only guy I know who can get hit by a truck and still be smiling every day,’” Drew recalls.

When his treatment at Marianjoy was complete, Drew brought cupcakes and Starbucks gift cards to thank all of his therapists. “If it weren’t for them, I would have been a lot more depressed,” he says. “When something like this happens, you realize who your friends are. Most of my friends seemed scared to see me once I got out of the hospital.”

Although he was saving to buy a house, Drew says his priorities have shifted now. “I’ve learned that you could lose everything in a snap of a finger, so now, I’m just going to do what I want, when I want,” he says. “I just went to Miami not long ago. I sat on the beach and started crying, just realizing, ‘I’m alive.’” 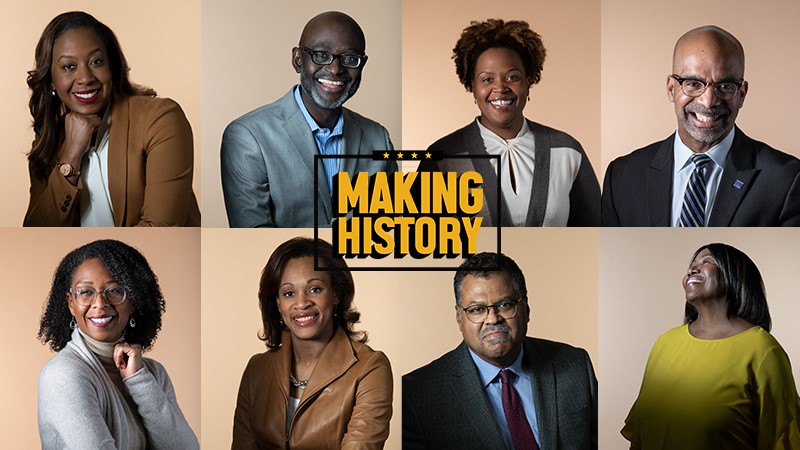 END_OF_DOCUMENT_TOKEN_TO_BE_REPLACED

Now Glory has a new liver, and a new lease on life.

END_OF_DOCUMENT_TOKEN_TO_BE_REPLACED 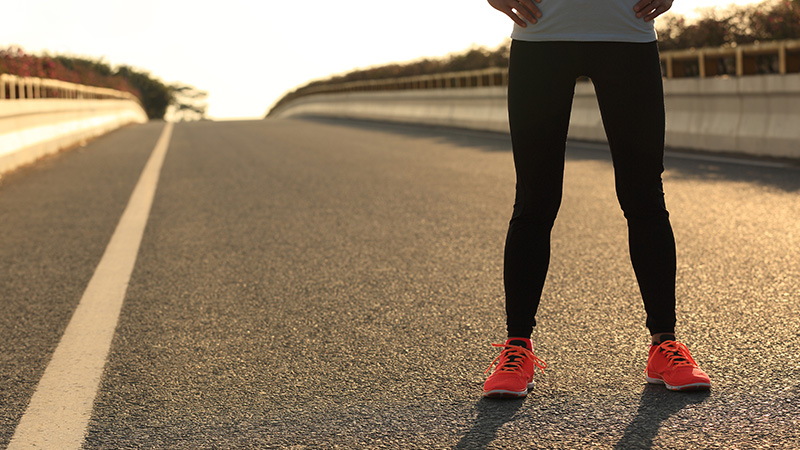 Patient Stories
read more about ‘I Heard a Crack and Pop’

‘I Heard a Crack and Pop’

Nothing was standing in the way of Stephanie’s goal. She just needed the right sports medicine team to help make it happen.