Between 1920 and 1964, less than three percent of medical students in the United States were black.

In 1956, there were only 14 black physicians practicing at six of Chicago’s hospitals.

By 1963, 43 black physicians practiced at 69 not-for-profit, private hospitals in Chicago.*

Today, roughly 6 percent of physicians in the United States are African American. This number continues to grow as more academic health systems like Northwestern Medicine establish diversity and inclusion as a strategic objective.

Twenty years after President Abraham Lincoln issued the Emancipation Proclamation to end slavery in the United States, Daniel Hale Williams, MD, graduated from Chicago Medical College, known today as Northwestern University Feinberg School of Medicine. Dr. Williams was the first African-American graduate of the institution and one of the most notable general surgeons in the early 20th century.

In 1891, Dr. Williams founded Provident Hospital, the first interracial hospital owned and operated by someone who was African American. At Provident, Dr. Williams performed one of the first successful cardiac surgeries.

Dr. Williams was a founding member of the American College of Surgeons and the National Medical Association.

Today, the Daniel Hale Williams Society of the Feinberg School of Medicine focuses on recruiting African-American males into the medical profession. 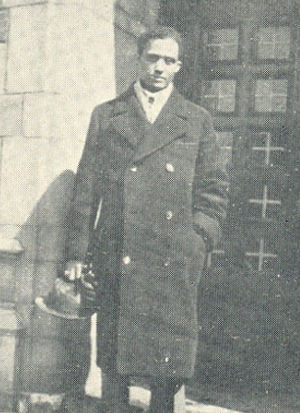 “The students loved him,” said John Martin, MD, neurosurgeon and colleague. “[They] flocked to him because he was just a natural-born teacher. He had a good sense of humor. He had a big practice.”

The Chicago Tribune wrote that Dr. Lawless “[…] figured in hundreds of remarkable cures in cases of rare and baffling skin diseases, bringing himself and the Northwestern Medical School to the attention of the country’s medical profession.”

Today, roughly 6 percent of physicians in the United States are African American.

Dr. Lawless was also active in business, civic and philanthropic endeavors in the Chicagoland area. He died in 1971. 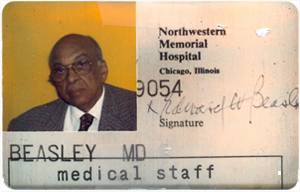 Dr. Beasley was a Georgia native who received his medical degree in 1923 from what’s now Northwestern University Feinberg School of Medicine. He was a fellow of the American Academy of Pediatrics and honored in 1973 by Chicago Pediatric Society for distinguished service. He died in 1977 and was remembered fondly as one of Chicago’s beloved pediatricians. 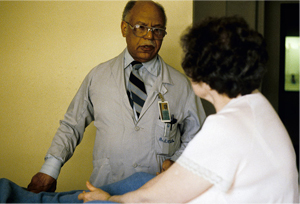 Dr. Gatlin was born in Texas and completed his fellowship in obstetrics and gynecology in 1953 at Northwestern University Feinberg School of Medicine, where he later joined the faculty. He was a popular teacher and colleague, and was honored with Emeritus status in 1984. He directed the Ambulatory Care Clinic at Northwestern Medicine Prentice Women’s Hospital and died in 2003.

Northwestern Medicine salutes these barrier-breaking physicians and remains dedicated to keeping their legacy alive through an emphasis on diversity and inclusion. Learn more about diversity at Northwestern University Feinberg School of Medicine.

END_OF_DOCUMENT_TOKEN_TO_BE_REPLACED

A Northwestern Medicine nurse takes her career a step further so she could care for her patients in new ways.