When John Baird experienced a persistent sore throat, he knew something wasn't right.
For three months starting in November 2019, John's throat hurt, and medication didn't relieve the pain. In February, upon the recommendation of an ear, nose and throat (ENT) specialist, John had a scope and a biopsy, which detected a tumor at the back of his throat and ultimately led to his diagnosis of squamous cell carcinoma (head and neck cancer).

In March 2020, as news spread about the COVID-19 pandemic, John was preparing for surgery to remove the cancer while working around the clock to prepare for the stay-at-home order imposed by Gov. J.B. Pritzker. As the Assistant Superintendent of Operations for St. Charles School District 303, John oversees food services, bus transportation, and facilities management for 11 elementary schools, two middle schools and two high schools located in the far western suburbs of Chicago.

"It was a stressful time, one that I won't ever forget," recalls the 59-year-old St. Charles resident.

Despite the evolving pandemic, John and his wife felt confident about his surgery and admission to Northwestern Memorial Hospital. A few days after his surgery, John went home with feeding tubes and drains. However, his stitches broke loose, resulting in a second surgery to reconnect his throat. John was able to go home again, but he continued to use feeding tubes and received home nursing care for three months.

As part of his recovery, John ate soup, Jell-O, pudding and other liquids, and he met with a swallowing specialist and speech therapist. He also chose to have proton therapy at Northwestern Medicine Proton Center instead of traditional radiation treatment. He was able to work remotely, half-time, while receiving 30 sessions of proton therapy every day, Monday through Friday, for six weeks.

"Twenty years ago, when I had my first bout with cancer, there was only chemotherapy and photon radiation therapy. This time, all my physicians told me proton therapy was the way to go," John says. "They were right."

Head and neck cancers can be challenging to treat with photon radiation therapy because the radiation can affect many healthy tissues in the area, such as the salivary glands, tongue and oral cavity, larynx and optic structures, according to Radiation Oncologist Arpi D. Thukral, MD, MPH. Proton therapy effectively treats head and neck tumors with a precise dose of radiation that conforms to the shape of the tumor, reducing the risk of side effects and damage to surrounding healthy tissue.  In John's case, this meant leaving essential functions of smell, taste and swallowing, intact.

"Proton therapy was an excellent treatment choice for Mr. Baird because it allowed us to better spare healthy structures that had previously received a radiation dose, with more accurate targeting of the tumor areas," Dr. Thukral explains.

Although John hasn't resumed eating all his favorite solid foods, like pizza, he is cancer-free and grateful for the innovative advanced care offered by the Northwestern Medicine Proton Center.

"I'm so thankful for the experience at Northwestern Medicine. These champions made a difference in my life — I can never thank these men and women enough," he wrote in a letter of gratitude to his care team.

"In my life, I've been a son, brother, husband, father, teacher, coach and assistant superintendent of schools, but at the end of the day, I'm just a man who was greatly helped by a team of professionals."

END_OF_DOCUMENT_TOKEN_TO_BE_REPLACED 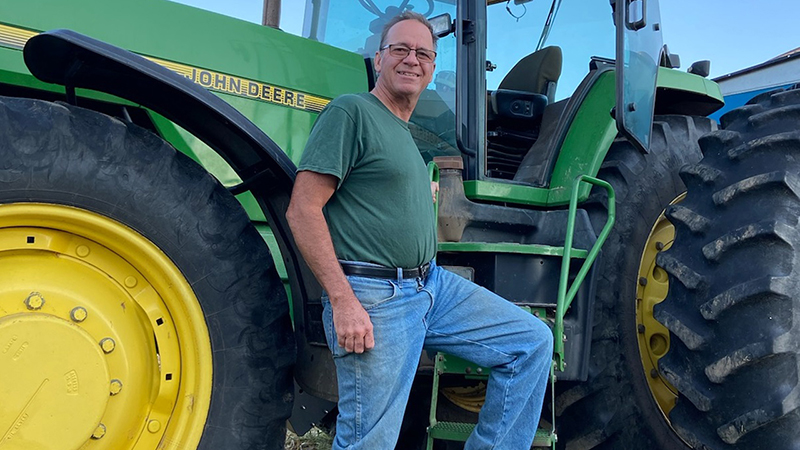