Dan Olivett was a poster child of health. A championship golfer, Dan was active, watched his diet and exercised every day. Then, he had a transient ischemic attack — a mini stroke. And that, he says, was the beginning of everything.

From Health to Heart Failure

Cardiologist Kambiz Ghafourian, MD, MPH, diagnosed Dan with amyloidosis, a fairly rare disease in which the liver produces an abnormal variant of a certain protein that builds up in the body’s tissues over time. The tissue most commonly affected is the heart. In Dan’s case, amyloidosis had caused end-stage heart failure.

Dan’s condition also resulted in cirrhosis, or scarring of the liver. Transplant hepatologist Lisa B. VanWagner, MD, Northwestern Memorial Hospital, says, “That was a big red flag. If he were to undergo a heart transplant alone, the liver would be at risk,” she explains. “Dan could have died if he had just gotten a heart transplant.”

Northwestern Memorial Hospital was the greatest place in the world for me to be.

“It was very hard to tolerate the news,” recalls Dan, who had to share the grim prognosis with his family. “I said, ‘Wait, this isn’t real.’ I have three beautiful daughters. Telling my daughters was one of the hardest days of my life.”

The Heart-Liver Transplant: A Careful Choreography

Dan spent four months in the hospital awaiting a new heart and liver. He spent his days with a psychologist, occupational therapist, physical therapist and dietitian who worked to prepare him for the surgery and recovery. His care team, meanwhile, had their own preparations to make. This type of intricate surgery had to bring together multiple teams to help ensure Dan had the best possible outcome.

“We had two dozen meetings to review our protocols, what kind of medications he was going to get and how those medications would interact with the liver or heart,” explains Dr. VanWagner. After four months of waiting, Dan received a 3 am wake-up call. “They were waiting for me with a gurney. That was the moment of truth. I was going in,” he says. “I was never afraid.”

Dan’s care team was ready. From social workers to clinicians, more than 200 individuals played some role in this groundbreaking surgery, helping Dan navigate every step from preparation to recovery. The procedure was a success. 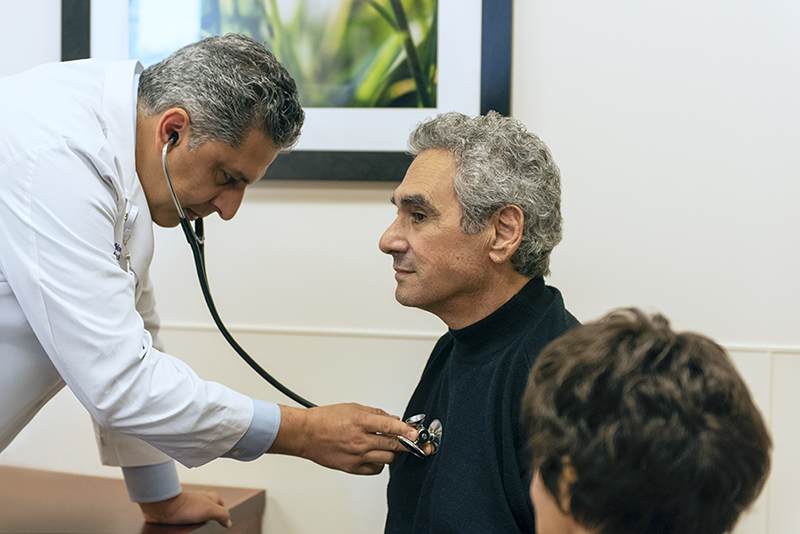 Dan credits his family’s support for helping him take the journey day by day, especially his wife Vickie. “She was there for me every day,” he says. He still gets choked up when he speaks about his team of providers. “I just hit it off with Dr. Ghafourian. To me, next to my father, he’s the greatest man I’ve ever known. He saved my life,” he says.

The feeling is mutual. “Dan is a good person and his story is amazing,” says Dr. Ghafourian. “He remained positive throughout the process, and I look forward to seeing him continue to embrace life.”

“When a physician tells you you’re not going to make it to Christmas unless we do something, it’s very difficult. Northwestern Medicine became my home. I trusted them,” says Dan. What’s next for Dan? “I’ve learned not to look ahead,” Dan responds. “That takes real skill, but after you have suffered like I have, I have learned to enjoy every moment of every day.” 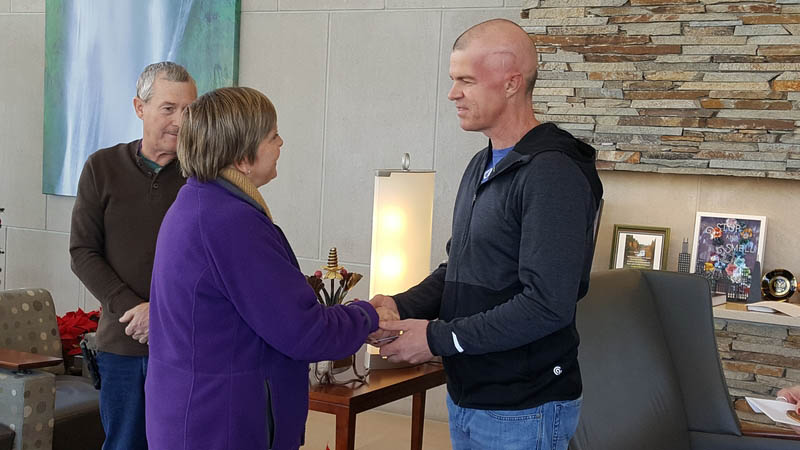