Established in 2009, the Northwestern Medicine Esophageal Program represents the fruition of more than two decades of expertise in esophagology.

The program is one of the largest referral points in the Midwest for esophageal function testing, with international observers routinely visiting to learn from our practices.

Our physicians and surgeons* authored many of the current guidelines for the treatment and management of GERD (gastroesophageal reflux disease), swallowing disorders and other conditions. Additionally, our investigators have pioneered the most modern diagnostic techniques and therapies, including wireless pH monitoring, high-resolution manometry and natural orifice surgery.

Our surgeons are experienced in various approaches to treating disorders of the esophagus, including minimally invasive and robotic surgery, trans-hiatal and trans-thoracic resection of the esophagus, partial and complete fundoplication for reflux disease, lengthening procedures for complex esophageal repairs, and trans-oral stapling (without an incision) of Zenker diverticulum.

Patients seen in either the Esophageal Program (with benign disease) or in the Robert H. Lurie Comprehensive Cancer Center of Northwestern University (with esophageal malignancy) will receive a comprehensive, multidisciplinary evaluation leading to an individualized plan for the diagnosis and staging of their condition.

Based on the results of these detailed laboratory, imaging, endoscopic and physiologic investigations and in collaboration with their referring providers, our physicians will develop a personalized plan of treatment designed to address symptoms, maximize quality of life and enhance survival. 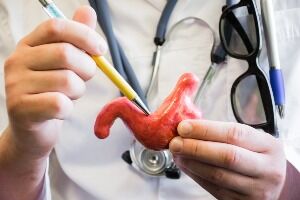 The Northwestern Medicine Esophageal Program is one of the largest referral points in the Midwest for esophageal function testing, and patients will receive a comprehensive, multidisciplinary evaluation as well as an individualized plan for the diagnosis and staging of their condition.

An esophageal motility disorder (EMD) is a disorder of the esophagus that may cause swallowing difficulties, spasms of pain or regurgitation of food. The Motility Diagnostic Lab (part of the Digestive Health Center) treats and diagnoses many types of EMDs, including:

The Motility Diagnostic Lab offers diagnostic testing for EMDs, including:

Our current research focuses on esophageal and oropharyngeal physiology and pathophysiology, including:

Jorge Sobenes is a husband and father who loves to cook for his family. In a nine-month period, however, he went from enjoying his favorite foods to not being able to eat or drink due to a tightening in his throat and difficulty swallowing. He lost 40 pounds and was desperate for answers. Sobenes was diagnosed with achalasia, a condition where the esophagus is unable to move food into the stomach, and was told he would need surgery.

Historically, the procedure requires several incisions in the abdomen in order to access the blocked esophageal pathway. Sobenes, however, was able to undergo surgery without any external incisions thanks to an innovative new approach called PerOral Esophageal Myotomy (POEM). The procedure is one of a growing number of surgeries to use the body’s natural orifices as an entry point, thus eliminating the need for traditional incisions. Northwestern Medicine and its Digestive Health Center is one of only a few centers in the U.S. with surgeons trained to perform the procedure.

“This surgical approach not only eliminates the need for external incisions, but also offers greater precision and a faster healing time for patients,” said Eric Hungness, MD, gastrointestinal surgeon at Northwestern Memorial Hospital.

POEM is performed by inserting an endoscope in the mouth and tunneling it down the esophagus so surgeons can access and cut abnormal muscle fibers that prevent the valve at the base of the esophagus from opening to allow food to enter the stomach. Over the past three years, over 90 POEM procedures have been performed by Hungness and colleagues at Northwestern Memorial Hospital with excellent results. Their team recently presented one of the largest experiences to date at the SAGES national meeting demonstrating a 92 percent success rate.

Sobenes, who was one of the first patients in the country to be treated for achalasia using the new procedure, said the choice was easy for him. “What I was going through was terrible. I couldn’t eat. I couldn’t drink. I wanted to get back to normal as fast as possible and was happy to hear of this alternative,” said Sobenes.

More than 3,000 people are diagnosed with esophageal achalasia each year. The Northwestern Medicine Digestive Health Center is one of the leading regional and national referral centers for achalasia and other swallowing disorders. The most common symptom is difficulty eating solid food and drinking liquids. As it advances, achalasia can cause considerable weight loss and malnutrition. Common treatments for esophageal achalasia include traditional surgical approaches, such as a Heller myotomy or a balloon dilation. POEM has been shown to have comparable or better short-term outcomes to these alternatives.

“Previously, we had to make at least five incisions in a patients abdomen in order to treat esophageal achalasia surgically,” said Hungness. “Although the research continues and long-term results are not known, POEM holds great promise for patients and demonstrates the bright future for incisionless surgeries.”

Approximately 2,000 POEM procedures have been performed in the world since 2008. Hungness, together with Nathaniel Soper, MD, chief of surgery on the medical staff at Northwestern Memorial Hospital, have been among those pioneering new minimally invasive procedures including POEM. Doctors stress that treatment options must be carefully selected based on the unique needs of the patient but say minimally invasive procedures such as POEM have been shown to offer an array of potential benefits including greater surgical precision, a shorter recovery time, shorter hospital stay, and less pain.

“This is the future of surgery,” said Soper. “With each new procedure, we learn how to apply the technique and technology to other surgeries and develop new tools.”

The Rising Threat of Esophageal Cancer: "When Heartburn May be Something More"

Treating heartburn with over-the-counter medicines provides short-term relief, but if the symptoms persist it can cause more harm than good. Heartburn has the ability to mimic more serious conditions such as acid reflux and GERD. Article features Srinadh Komanduri, MD. 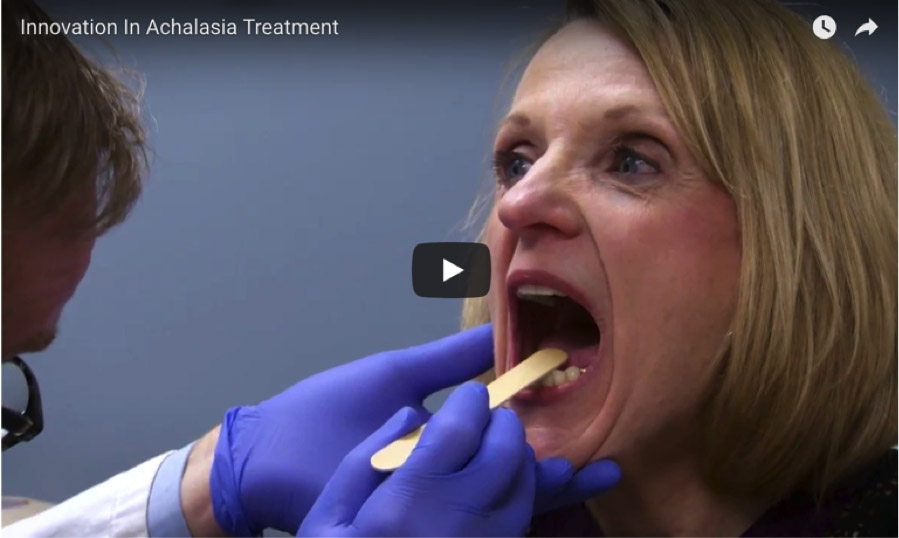 We're checking out an innovative procedure that's making a big difference in the lives of people with achalasia—a rare swallowing disorder. We'll learn how this procedure helped one woman get back to her favorite hobby. Segment features Eric Hungness, MD.

In the spirit of keeping you well-informed, some of the physician(s) and/or individual(s) identified are neither agents nor employees of Northwestern Memorial HealthCare or any of its affiliate organizations. They have selected our facilities as places where they want to treat and care for their private patients.