Stories of Strength — and Advocacy

Affecting about 1 million people in the U.S., multiple sclerosis (MS) is a complex disease that presents differently from person to person.

With MS, the body's immune system attacks myelin, or the protective coating of nerves in the brain and spinal cord. The disease can be noticeably disabling for some patients. But others have less obvious symptoms, like fatigue, balance problems or muscle weakness.

For this reason, MS can be difficult to detect. And when it is diagnosed, it is not always readily understood. However, advances in research and treatment continue to change the face of MS.

"There are now over 20 different medications for MS, including medication for patients with progressive forms. Treatment for MS now includes both medication and management of factors that impact the course of the disease," states Northwestern Medicine Neurologist Bruce A. Cohen, MD, chief of Multiple Sclerosis and Neuroimmunology at Northwestern Memorial Hospital. "We have a comprehensive programmatic approach with other colleagues and resources in the medical center to address the range of treatment available."

Newer treatment options like infusion services can help patients with MS manage their symptoms. "We use monoclonal antibodies, so the immune system does not wage an attack on the central nervous system," explains Kristin Galic, BSN, RN, MSCN, lead infusion nurse at Northwestern MedicineNeuro Infusion Center at Northwestern Memorial Hospital.

MS is three times more likely to impact females than males. Here, three remarkable women share what it's like to live — and thrive — with MS. 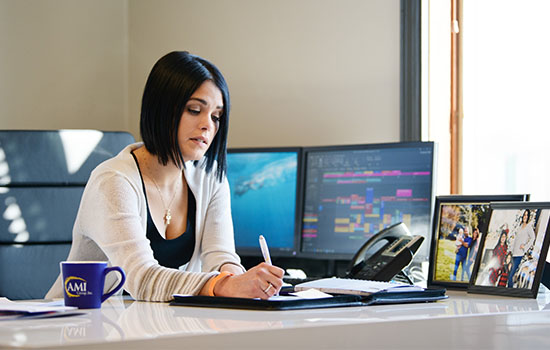 Danielle Muzzupappa, from Elgin, is an accountant for her father's restaurant chain and chief financial officer for an insurance group. She has been married for nine years, and is a mother of two young girls.

"Being a full-time mom is hard. I'm a full-time working mom with a chronic condition," says Danielle.

Her first flare occurred at age 16, while she was driving her younger brother to school. "I started feeling pins along the side of my body," recounts Danielle.

She saw her pediatrician who referred her to Ann & Robert H. Lurie Children's Hospital of Chicago. There, Danielle and her family learned she could have MS, which was hard to believe. Danielle had otherwise been healthy.

When more symptoms occurred, Danielle's diagnosis was confirmed by Dr. Cohen who, 20 years later, continues to treat her. Now 36 and in the midst of her busy schedule, Danielle receives ongoing infusions to manage her symptoms.

Still, Danielle is open about the continued struggles that come with MS, including having fatigue and occasional brain fog. She explains, "MS is a part of who I am." When asked if she considers herself to be thriving with MS, Danielle responds with a confident yes. "It's a battle that I wasn't going to lose." 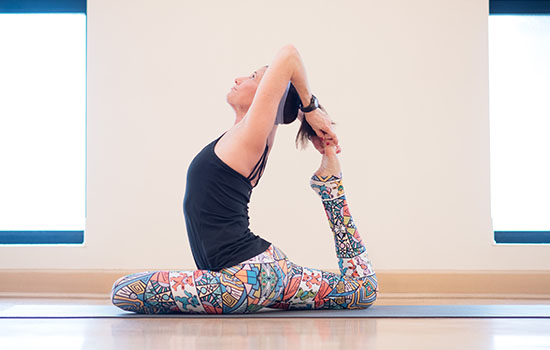 Although Stacy Kaiser, 41, is in a much better place today, her MS was not always managed well by previous medical providers. Today, she is a yoga teacher in Chicago and credits her daily practice for restoring balance to her life.

Stacy started experiencing symptoms in her mid-20s while living in New York, but she didn't seek medical help until one week before she left the city to move home to Florida. She woke up one morning with blurry vision, went to her physician who seemed "genuinely unconcerned" and road-tripped home.

"My parents knew within five minutes of seeing me something wasn't right," says Stacy, who was diagnosed with MS shortly after arriving in Florida. She described the experience as "Paralyzing. To say that I struggled when I was first diagnosed is an understatement."

Even after her diagnosis, Stacy struggled to find a care team that could help her manage her disease. She often felt dismissed. "I was headed down the darkest tunnel with no end in sight. In my mind, there was nothing I could do to prevent the eventual deterioration of my body."

Eventually, Stacy moved to Chicago where she sought care from Northwestern Medicine Neurologist Roumen D. Balabanov, MD. At the same time, she was also discovering her "sanctuary" in yoga. She shared this with Dr. Balabanov who was "so encouraging and saw the benefits yoga had on me."

"Yoga, and Bikram yoga in particular, certainly gives me something to focus on besides my disease," Stacy says. She started practicing yoga in the back of the studio, and slowly made her way to the front, where she now teaches classes.

The yoga community has given Stacy a new layer of support. "For years, I was trying to hide my disease for fear I would lose whatever I had left," she explains. "Now, I wear it like a badge of honor. When we announced my donation-based yoga classes [which support MS research and awareness], I had many students share stories of how MS has affected them or someone they know. These human connections are so powerful." 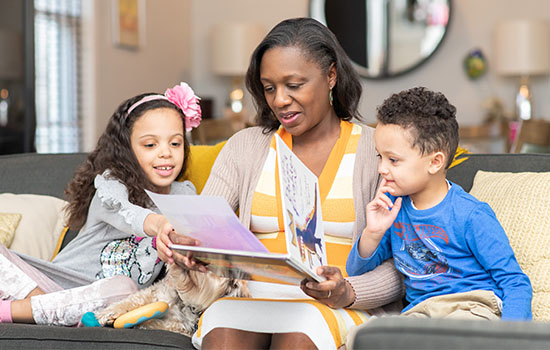 Angel Hardy Heinz is an advocate for the MS community. She serves on the National MS Society's Activism Advisory Committee and speaks with legislators about how public policy can help people with MS.

But Angel was not always comfortable talking about her disease.

Angel's MS journey started in 2012 when she was newly pregnant with her first child. When she woke up one morning, she had suddenly lost vision in her right eye. She was not able to have an MRI until after her pregnancy, which is when her Northwestern Medicine care team, led by Dr. Cohen, confirmed her diagnosis.

"I had a baby, moved into a new house, went back to work, and was diagnosed with MS within the span of four months," she says. "It was a hectic time. I'm grateful for motherhood because I did everything they said so I could be my best self for that baby girl." She went on to get pregnant again, and a year later, she gave birth to a healthy baby boy.

Initially private about her diagnosis, Angel was encouraged by her husband to join the MS Society's annual charity walk. "That was the first time I said, 'I have MS, and I'm ready to fight.'" And she hasn't looked back.

Angel's desire to be a resource for others facing MS drove her to become a patient advocate. "I'm so fortunate to be living well with MS," Angel says. "I want to do more to help others who aren't comfortable using their voice to advocate for themselves."

When she's not using her voice for change, she's singing in the praise band at church, an outlet in which she finds comfort. "Having a loving and supportive family, friends and community really motivates me," notes Angel.

"My main symptoms are fatigue, especially in my legs. But you wouldn't know it. I'm always on the go," she says. "Since being diagnosed, I've gone back to work, and I've gone to grad school. I'm also active in my community and with my kids. There's a lot you can accomplish with MS."

There is no cure for MS, but ongoing research and disease-modifying therapies provide options to better control the disease. Some treatments even slow down disease progression and reduce relapses.

"MS is not what it used to be," says Galic. "With these particular individuals, and for others thriving with MS, their path in life is not determined by MS. Despite having challenges, they are optimistic and continue to go after their goals."

END_OF_DOCUMENT_TOKEN_TO_BE_REPLACED

A Northwestern Medicine nurse takes her career a step further so she could care for her patients in new ways.