After Dan Geraci graduated from high school, he immediately set out to pursue his passion to play football, enrolling in a small college in upstate New York. But during the required sports physical, he learned he had a heart murmur. The cardiologist he saw told him that not only was he unable to play football, he also could not lift weights or do anything else that might strain his aorta.

Aortic valves normally have a tricuspid, or three-flap, valve. It turned out that Dan had a bicuspid aortic valve, or two-flap valve, which had caused an aortic aneurysm. The diagnosis stopped him in his tracks, mentally as well as physically.

“It was very confusing to me at [age] 18,” Dan remembers. “Why did [the cardiologist] say I couldn’t do this? So it gave me a purpose for what I wanted to study, and I majored in exercise as a science to find out why.”

Dan transferred to the University of Michigan to pursue a bachelor’s degree in kinesiology, went on to get a master’s degree in exercise physiology from Eastern Michigan University, and eventually opened a strength-training gym in Chicago. “I wanted to open a gym that could teach people how to do strength-training safely,” Dan explains. “If you lift weights properly, it should actually help your heart.”

Saved by a Twist of Fate

Even with all the education and adaptations his heart condition inspired, Dan always knew that “when things reached a certain point, I would have to get my valve replaced.” That point came sooner than he had planned. He casually mentioned his condition to one of his clients who was a social worker at Northwestern Memorial Hospital. The client recommended seeing a specialist at the hospital, and she arranged an appointment for him later that same day.

Since my surgery, exercise is easier.

It was then that Dan learned that his aneurysm had grown alarmingly since his last primary care check-up. “I knew when I got a personal call the day after my test [at Northwestern Memorial Hospital] that it wasn’t good,” he says. “I went from a few years away to a few weeks away from needing surgery.”

Support From — and for — Family

Dan made a swift recovery, which Dr. Malaisrie attributes partly to Dan’s age (38 at the time) and his fitness level. But he adds, “You can’t underestimate the power of family, and Dan’s family came in and really helped out.”

Dan has similar praise for the way the Bluhm Cardiovascular Institute team treated his parents, who flew in from New York to care for him. “They have a good support system for families. Everyone there was very responsive to my parents, who had a lot of concerns,” he says. He’s also pleased with how quickly he got answers to his post-surgery questions through the MyNM Patient Portal, the Northwestern Medicine patient portal. What he’s most happy about today, however, is his peace of mind.

“Now I don’t have the fear of having the surgery hanging over my head, wondering what life will be like after I have it,” Dan says. “I didn’t really have any symptoms before, but I can tell now that exercise is easier. Before, when I was out of breath, I thought I was either out of shape or working out harder than anyone else.”

But perhaps one of the biggest revelations of his new life post-surgery is an experience he never knew he was missing. “Now [when I sleep], I have dreams,” he says. “I never did before my surgery because I wasn’t getting enough oxygen. Now I do.”

Thanks to precision treatment, Landon continued classwork, sports and even a trip to Disney World during cancer treatment.

END_OF_DOCUMENT_TOKEN_TO_BE_REPLACED

Patient Stories
read more about What Is Lymphedema?

Learn from an occupational therapist and her patient.

END_OF_DOCUMENT_TOKEN_TO_BE_REPLACED 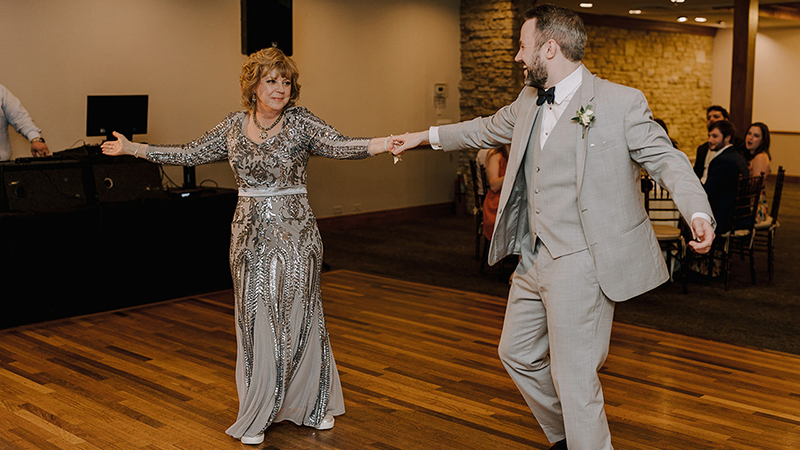 Physical Therapy Helps a Patient With BPPV Reach Her Goals