Imagine being unable to eat more than three bites of food before becoming extremely ill and purging your food. Until Mary Milligan was diagnosed with gastroparesis, a condition in which the stomach is not able to properly empty, Mary’s life was dictated by the condition. Then, she found a procedure that would allow her to “choose life.”

A Piece of the Puzzle

Mary has had anorexia nervosa and bulimia nervosa, eating disorders in which the calorie intake is severely limited or purged, throughout much of her life. And while it did not cause her condition, it did help lead to her diagnosis of gastroparesis. “This is a piece of my puzzle,” says Mary.

It was in the eating disorder unit when an internist noticed Mary was unable to swallow food properly. She’d have to wet the food in order to eat, and if she was able to take a couple bites, she would most likely be unable to keep the food down. While it might appear to be part of her eating disorder, it was frustrating for Mary.

“I didn’t really have a life. It affected going out, doing things with people. When I did try to eat, I would have to stop,” says Mary. “I would take a few bites, and it felt like it was going nowhere. And with that, I was going nowhere. It was just overtaking me.”

A Diagnosis — and Validation

Mary was determined to get her life back, so she turned to the Northwestern Medicine Digestive Health Center for answers. Gastroenterologist Peter J. Kahrilas, MD, completed a myriad of tests that eventually led to a diagnosis of gastroparesis. Mary was then referred to A. Aziz Aadam, MD, interventional gastroenterologist at the center.

After struggling so long to eat normally, Mary was relieved to finally have a diagnosis. “I have never felt more validated in my life. Someone was telling me, ‘You do have an issue. It can be taken care of. It’s not all in your head. It can be addressed and managed,’” she says.

Gastroparesis is a condition in which the stomach does not empty very well. Symptoms can include nausea, vomiting or abdominal pain. There are many mechanisms to gastroparesis, but one is believed to be the spasm of the pyloric sphincter, a band of muscle at the bottom of your stomach that relaxes and allows food to pass into your small intestine.

“We thought she would be a good candidate for gastric per-oral endoscopic pyloromyotomy, or GPOEM, so we talked about different management options,” says Dr. Aadam. GPOEM is a minimally invasive procedure in which an endoscope is used to create a tunnel in the middle layers of the stomach leading to the pylorus sphincter muscle, which is then cut to help reduce the spasm from occurring.

Mary placed her faith in Dr. Aadam and agreed to the procedure. “He took me by the hand and said, ‘Hang on, go on this ride with me, and it’s going to be okay,’” she says. “He never let go of my hand.”

‘You don’t have to endure this’

GPOEM generally requires one night in the hospital for observation, followed by a liquid diet for 72 hours to allow your body to slowly adapt. There’s usually some swelling in the stomach, but it causes minimal pain.

“I wasn’t afraid at all. I was excited and ready. I trust Dr. Aadam and his staff, and I just knew that the journey will have a final destination,” says Mary.

The procedure was a success, and today, Mary can sit down and eat with her husband without having to stop after three bites. She says her condition no longer controls her life, and it’s taught her to handle her eating disorder differently, too. “Even when I am hungry, it gets scary, but I’m fighting on though,” she says. “I feel like taking a first step.”

It’s a success Dr. Aadam also celebrates. “Mary is a very strong and very intelligent woman,” he says. “She’s been through a lot, but her perseverance has been an aspect that has definitely helped her. I congratulate her in her success.” 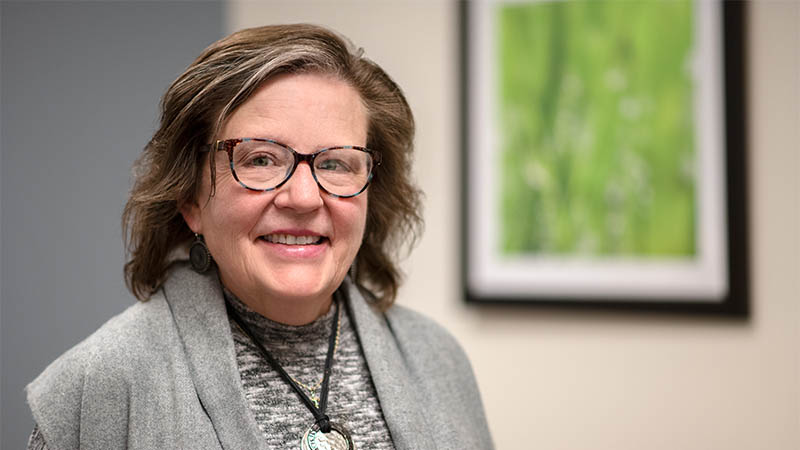 Because gastroparesis is a chronic condition, Mary still has to navigate the road ahead. Now, though, she has a team by her side on the journey. The Northwestern Medicine Digestive Health Center uses multiple disciplinary approaches that involve a team of physicians, nutritionists and psychologists to help guide patients to better outcomes.

Mary also admits there are still some foods she struggles with, because of both her eating disorder and gastroparesis. “I have a hard time with pizza or Mexican food. Other than that, I’ve been eating things I couldn’t eat or was afraid to eat, like French fries,” she says.

“Gastroparesis isn’t me,” she adds. “It doesn’t dictate my life anymore.”