After losing both ovaries to breast cancer treatment in 2020, Shelly Battista gave birth to identical twin girls on the two-year anniversary of receiving the news that she was cancer-free.

In February 2020, Shelly, who is from Arlington Heights, Illinois, was breastfeeding her newborn daughter when she felt a lump. She thought it was a clogged milk duct, but when it didn’t get better, she saw her physician.

With no family history of breast cancer, the 34-year-old was diagnosed with triple-negative breast cancer and the BRCA1 gene mutation, which is associated with an increased risk of certain cancers, including breast cancer. Knowing she wanted to have more children, Shelly immediately scheduled an appointment with Kara Goldman, MD, medical director of Fertility Preservation at Northwestern Medicine Center for Fertility and Reproductive Medicine. Shelley’s care team was able to freeze eight embryos (fertilized eggs) before she started cancer treatment.

Shelly had chemotherapy and a double mastectomy. In early December 2020, her pathology results came back clear: She was cancer-free. Unfortunately, chemotherapy resulted in ovarian insufficiency, a condition in which the ovaries stop working before age 40. Shelly underwent surgery to have her ovaries and fallopian tubes removed to decrease her risk of ovarian cancer related to her BRCA1 mutation.

“Even without ovaries, we’re able to provide the supplemental hormones necessary for pregnancy. This alone is an important teaching point because many people are surprised to learn that you can use in vitro fertilization to become pregnant even if ovaries have been surgically removed or are no longer functioning,” says Dr. Goldman. “This requires the use of a patient’s previously frozen eggs or embryos, or eggs from an egg donor, so it’s critical that patients at risk of losing their ovaries or losing ovarian function have the opportunity to preserve their fertility.”

In December 2021, one year after finishing cancer treatment, Shelly’s care team let her know her body was ready to move forward with pregnancy. Dr. Goldman started preparing her uterus for an embryo transfer. Because she didn’t have ovaries, Shelly received medication with the supplemental hormones necessary for pregnancy.

The first embryo transfer didn’t work. Neither did the second.

In April 2022, with only six embryos remaining, and Shelly hoping for two more children, Dr. Goldman transferred another embryo with cautious optimism, knowing that without her ovaries, Shelly had no more eggs to be fertilized.

Dr. Goldman’s positivity paid off. Shelly’s pregnancy test was positive. And at her first ultrasound appointment, she learned she was having identical twin girls.

Exactly two years to the day after she was declared cancer-free, Shelly was induced to deliver her babies at Northwestern Medicine Prentice Women’s Hospital. She and her family celebrated the holiday season with great joy — two bundles of it.

END_OF_DOCUMENT_TOKEN_TO_BE_REPLACED 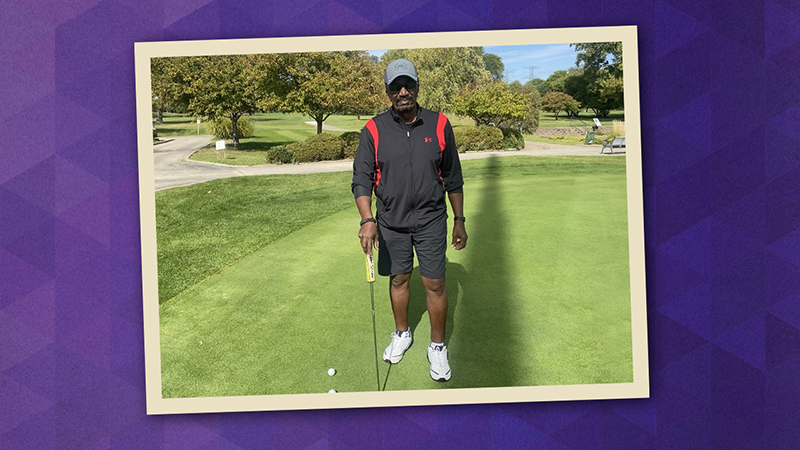