Neurosurgery Resident Ignites Hope in the Face of Adversity

Aaron Palmer, MD, is in his fifth year of neurosurgery residency out of seven at McGaw Medical Center of Northwestern University. He practices at Northwestern Memorial Hospital, with a Neurology and Neurosurgery Program that is ranked No. 9 in the U.S. by U.S. News & World Report, 2021 – 2022. And he loves it. Even on long nights when he's getting paged countless times for emergencies, Dr. Palmer says he "skips to work."

As a Black male physician, Dr. Palmer is a "minority within a minority": Only 5% of physicians in the U.S. are Black, and a majority of Black physicians are female.

Dr. Palmer derives his happiness from what he's overcome to get to where he is today. His is a story of hope and hard work — a story of why representation matters in medicine.

Nobody was a doctor or lawyer in my neighborhood.

Dr. Palmer's mom was a licensed practical nurse (LPN) and eventually became a registered nurse (RN). His father was a tree trimmer for the Ohio county they lived in. After serving in the U.S. Marine Corps and U.S. Navy, he became a leader in his community and led a local youth football league. Dr. Palmer's family of seven grew up in a two-bedroom home his father traded a boat for. Dr. Palmer remembers that his parents worked hard to support him and his siblings.

"As a kid, I had a very difficult time with speech and reading, and was placed in remedial classes because I couldn't keep up with my classmates," says Dr. Palmer. "My parents would come home from a long day at work and focus on my vocabulary and speech impediment. After a few years, I not only caught up to my classmates but was placed in gifted and talented classes because of their dedication."

With support from his father, Dr. Palmer became an accomplished football quarterback and eventually earned a scholarship to play football in college. Things seemed to be getting better.

But shortly after Dr. Palmer started college, his dad became sick again with a recurrent esophageal cancer. Dr. Palmer struggled with his grades and lost motivation, even to play football.

In the early 2000s, Dr. Palmer shadowed a Black surgeon who reminded him of his dad.

"Growing up, nobody was a doctor or lawyer in my neighborhood," says Dr. Palmer. "I didn't think those things were in my realm of possibilities."

Shadowing someone who looked like him doing something that he thought was out of reach inspired him to pursue medicine. When his father died in 2010, Dr. Palmer was more motivated than ever to make his dad proud and become a physician.

"I promised my dad I would be the best physician I could possibly be," he said.

Dr. Palmer worked tirelessly to improve his grades so that he could apply to medical school, working several jobs along the way to support himself through his undergraduate years, including finding, fixing and selling cars with his brother Tim. On top of working all these jobs, he took three times the amount of average credits each semester to improve his grades in prerequisite classes for medical school. Dr. Palmer was accepted for medical school at Wright State University. He honed his focus and through the help of academic scholarships was able to support himself through school, eventually graduating in the top 5% of his class.

"People don't realize that going to medical school requires so many opportunities, so much funding and so much support, much of which I didn't really have," he says. "It was challenging."

Match Day and the Match

Dr. Palmer was heartbroken. He took a position in general surgery in Grand Rapids, Michigan, to continue his training. If a medical student doesn't match with a residency program upon graduation, the chances of matching the following year drastically decrease.

In 2017, after not matching the year before, Dr. Palmer sat on a cold beach in Michigan alone waiting to find out if he matched with a residency program or not. That's where he learned that he matched at Northwestern Medicine.

Since arriving at Northwestern Medicine, Dr. Palmer's bedside manner has made quite an impact.

"A trauma requiring neurosurgery can happen to anyone in an instant and change everything," says Dr. Palmer. "Suddenly patients are faced with so many uncertainties: How are they going to pay for hospitalization, medications and rehabilitation? How will this impact their family? These things are daunting for any family, especially families of lower socioeconomic status."

Brain surgery is only the beginning. When Dr. Palmer steps out of the operating room, he steps into the community. Apart from volunteering at churches and schools, Dr. Palmer's goal is to work alongside community organizations, legislators and Northwestern Medicine to decrease racial disparities in access to health care and increase the representation of Black men in medicine, using his story to inspire others.

"I'm just the luckiest person in the world that so many people believed in me, and I want to give hope to people like me," he says. "Don't give up. If you have hope and you're willing to work hard, things will come around. Let's change the world." 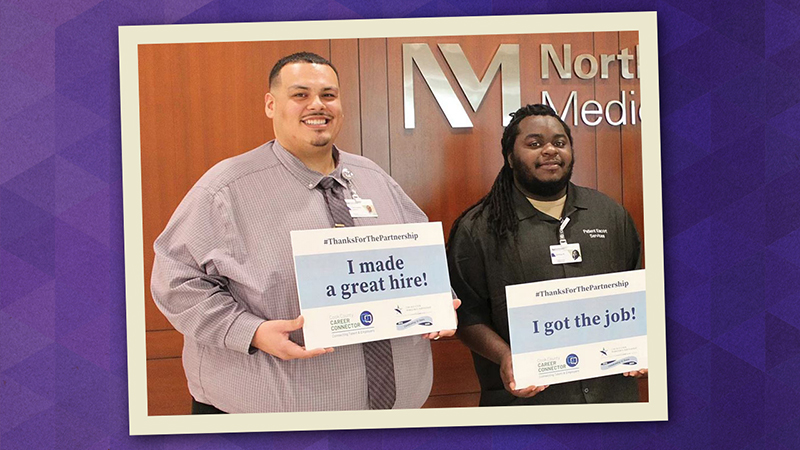 END_OF_DOCUMENT_TOKEN_TO_BE_REPLACED

Patient Stories
read more about What Are Skin Screenings?

What Are Skin Screenings?