Cyndee Kolosky relied on her voice.

Married for 31 years with two daughters, Cyndee worked at a call center in Naperville, Illinois, where she spent most of her time talking on the phone. When her voice turned raspy and softer in April 2016, she assumed it was because of her profession. But by October, she was having difficulty swallowing and started losing her hair. She knew something was wrong.

The Difficult Road Ahead

As her symptoms increased, Cyndee decided to seek help. Eventually she turned to Sandeep Samant, MD, chief of head and neck surgery at Northwestern Memorial Hospital, director of the Northwestern Medicine Head and Neck Program and a physician at Robert H. Lurie Comprehensive Cancer Center of Northwestern University. He diagnosed Cyndee with tonsil cancer, caused by human papillomavirus (HPV). Surgery would involve removing her voice box, something they all wanted to avoid. Instead, Cyndee’s physicians recommended simultaneous radiation and chemotherapy.

“Treatment made me so nauseous,” says Cyndee. “Some days I couldn’t eat, or I would throw up, which caused my throat to hurt. I ended up losing 40 pounds and needed a feeding tube.”

After seven weeks of treatment, Cyndee started her road to recovery. Cancer treatment had caused swelling around her neck ― known as lymphedema ― and impacted her ability to swallow. She began rehabilitation and occupational therapy at Northwestern Medicine Cancer Center Warrenville, which sparked an idea. 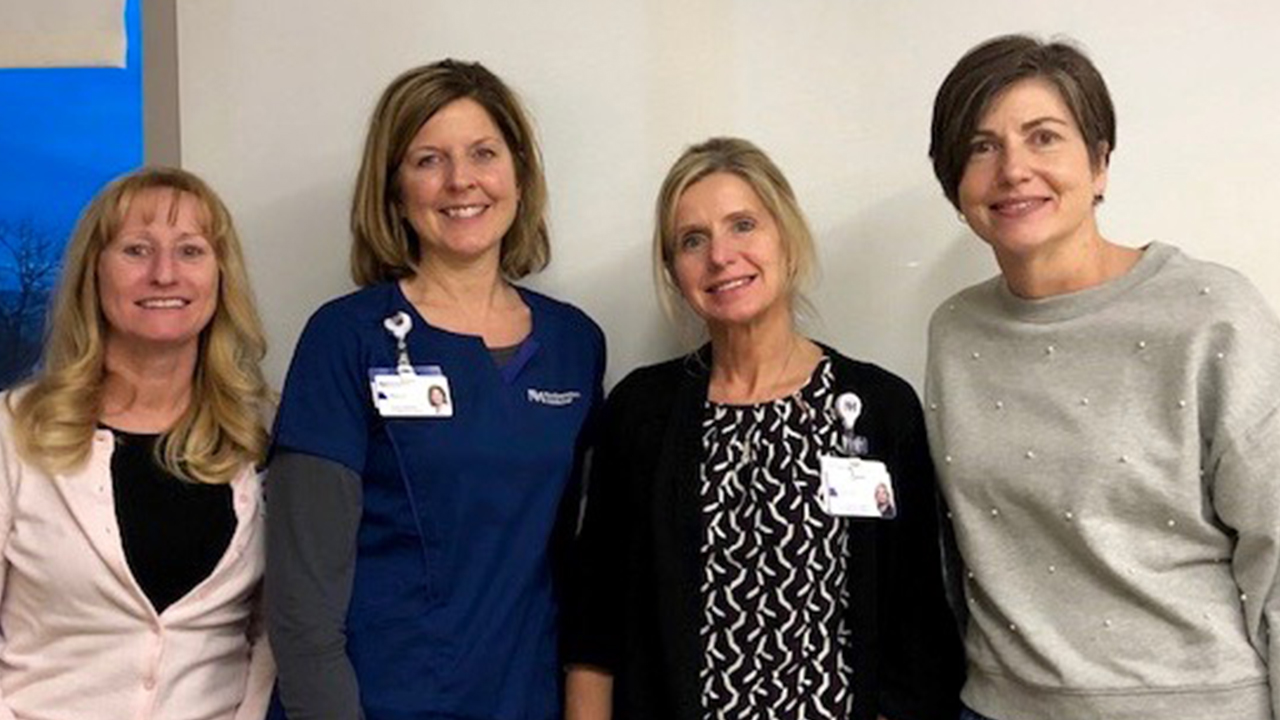 Becoming the Light for Others

“I felt like I was the only person recovering from this horrible disease, but my occupational therapist assured me I wasn’t alone,” says Cyndee.

“Head and neck cancers can involve intense, often debilitating treatment with side effects and a recovery process that can take a very long time,” says Jamie Olp Stoker, occupational therapist. “Due to this, people who have not been through this type of treatment can’t truly understand or be able to help in a way that people can who have this shared experience.”

Through this group, I truly feel like there’s hope after cancer.

In October 2018, Cydnee and Jamie, along with oncology Social Worker Molly Trainor, held their first support group for people affected by head, neck and esophageal cancer. Offered through LivingWell Cancer Resource Center, part of Northwestern Medicine, the group meets at Northwestern Medicine Cancer Center Warrenville quarterly, on the first Monday of the month. Each meeting addresses an educational topic regarding an aspect of head and neck cancer, and includes a guest presenter. There’s time to share feelings, experiences and advice for those who are currently going through treatment or recovery. A speech therapist and an oncology social worker also help facilitate the group.

“The meetings have been inspiring and encouraging,” says Cyndee. “You hear from people who have already ‘walked the walk.’ We talk about everything from dry mouth to what type of toothpaste works best.”

Even though cancer left Cyndee with a raspy voice and trouble eating certain foods, she’s still able to use her voice in a powerful way. This time, to help other patients who are going through similar struggles.

“Head and neck cancer treatment and recovery can be isolating, but through this group, I truly feel like there’s hope after cancer,” she says.

END_OF_DOCUMENT_TOKEN_TO_BE_REPLACED 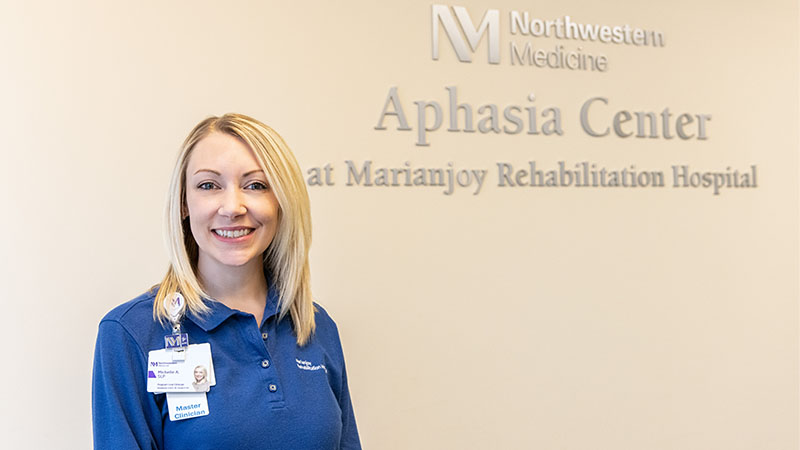 Aphasia hinders a person's ability to communicate. Three individuals share their journeys and how they’ve found support for their goals.